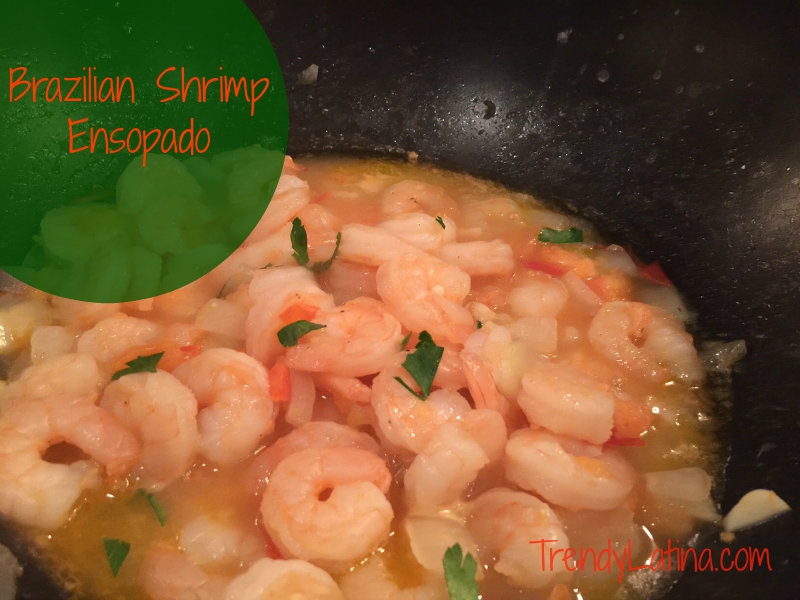 In my HomeState in Brazil, Bahia, the African slaves brought not only the beautiful sound of the drums and the melancholic banzo rhythm to show how much they were missing Africa, but also the rich, spicy cuisine.  History tells that slaves would gather in the senzalas and cook a version of their ancestors dishes with spices and ingredients they could find in the new world!

Portuguese Plantation owners would smell that powerful inebriating combination of spices, herbs and pure genius and invited the slaves to slowly introduce some of those dishes in their own homes! The Baian Cuisine was born! An infusion of Portuguese, African and Indian traditions, resulting in a feast to the senses!

Today I am sharing Ensopado!  The name comes from sopa (stew, soup), because the shrimp is cooked in a stew like broth!

2 pounds of raw shrimp deveined and tail off

Sautee onion, garlic until soft, add tomato and cook until a light broth comes out of it. 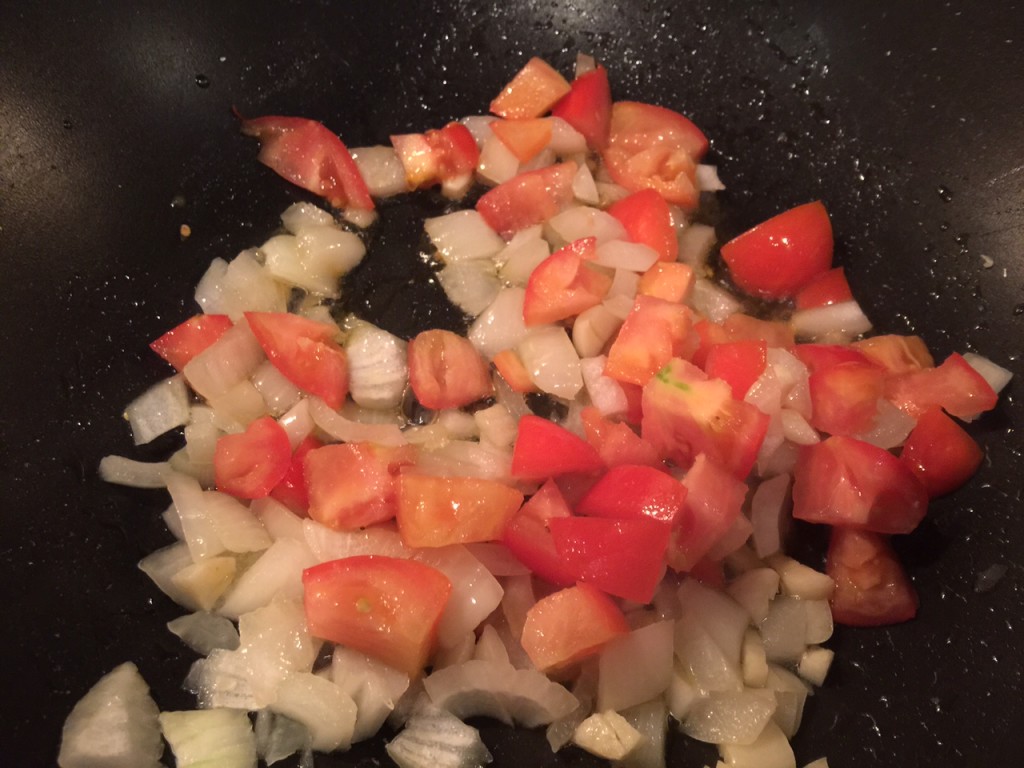 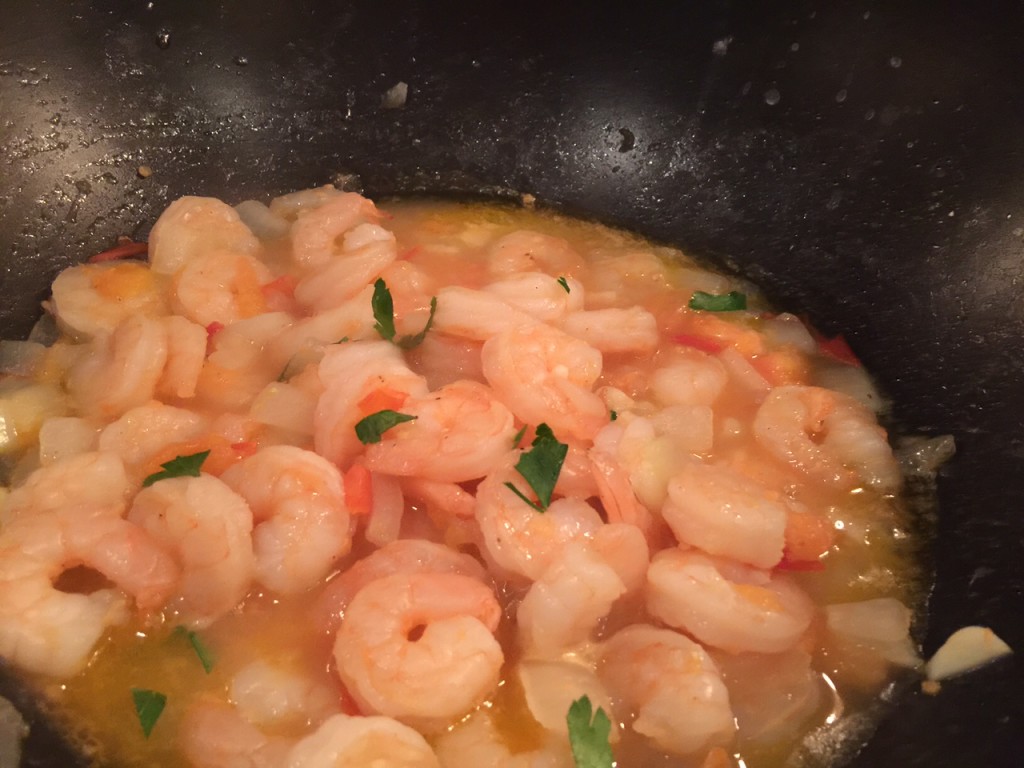 I hope you enjoy this recipe which has been passed down through 4 generations in my family is a pillar of the Baian Cuisine Foundation! Give me a Trendy Shout if you try it? I would love to know if you like it!