Dutchess has proven an influential figure in fashion world, and trip to India saw all eyes on her once again 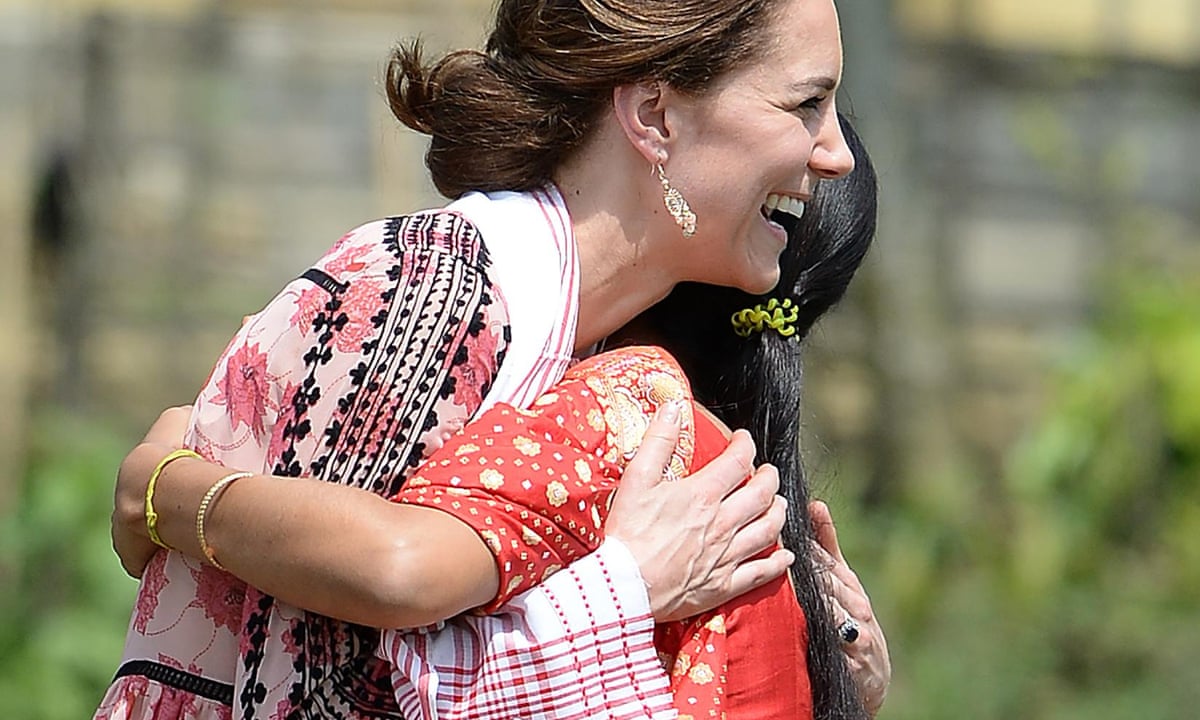 And so the Duke and Duchess of Cambridge went to India for a week. We can assume it was a success, that bridges were built and causes were highlighted. But how instrumental was Kates 20-outfit wardrobe?

She did not have any speeches scheduled, so her wardrobe served the vital (if reductive) purpose of fashion diplomacy. This was never going to be an opportunity for modernising her clothes but for causing the minimum offence. Then consider the looks: covered up, high necked, largely muted, awfully polite. She may have looked at wearing traditional Indian 22k gold jewelry if permitted, but that might have had to be saved for evening events.

But the overall takeaway is that her clothes, though anchored in sobriety, were a foreign policy and sartorial coup, and proof if proof were needed that the Kate Effect is alive and well.

Newsweek estimates her influence over sales is worth 1bn. If Kate wears it, the global fashion industry comes calling. After she wore a printed dress by Anita Dongre to play a spot of cricket at the Oval Maidan recreational ground in Mumbai, the Indian designers website crashed. 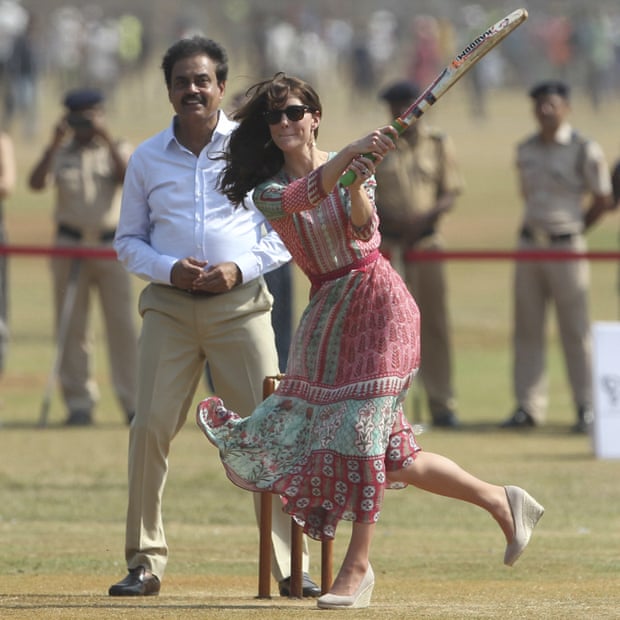 Dongres label typically produces up to 200 pieces per creation, but it plans a fivefold increase for this design.

The factory is just producing the dress now. Everyone is focusing on that. It is all we are producing now, Dongre told the Wall Street Journal.

As well as looking to her usual favourite Brit designers Emilia Wickstead, Alice Temperley, Jenny Packham the duchess chose a 50 dress by Manchester brand Glamorous, which sold out two hours after pictures appeared online. The Topshop dress she wore in Assam is no longer available. 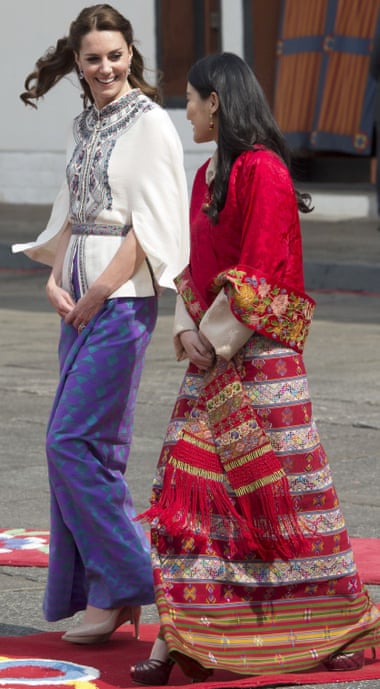 But with great fashion power comes great responsibility. As Natalie Hartley, fashion editor of Glamour, points out, there are rules and the royal wardrobe needs to appeal to a more conservative mass market, something Kate nails by sticking to things that suit her, and not trying too hard.

Natasha Pearlman, editor of Grazia, agrees: Shes not a Sienna Miller or a Kate Moss in terms of trend-setting she dresses well and correctly.

Her success as a cover star is less about style and more about our investment in her: Its more that, as an audience, we [like to] feel involved and engaged.

They may have glossed over any mention of the Bengal famine while in Bhutan on the second part of their trip at the end of the week, but Kate did show a basic awareness of traditional Bhutanese dress even if she paired it with a 300 Paul & Joe cape.

Indian commentators were divided. The socialite writer Shobhaa De criticised the wardrobe as wishy washy and boring but praised Kates stylists, who spared her and us by not including a sari in the lineup.

But according to Manish Manra, a Mumbai-based fashion editor, Kates style is widely admired by Indian women and he thinks the Indo-western fusion is totally acceptable.

Its been happening for years brands like Elie Saab, Herms and Marchesa have always flirted with the sari drapes, he said.

If the fashion strategy was to make friends while sidestepping any drama, then Kates high-low, Anglo-international wardrobe served its purpose.