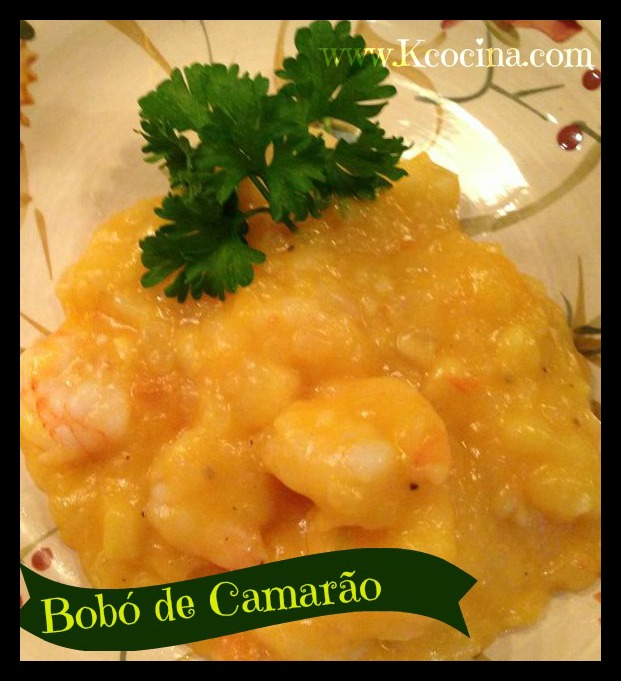 Before I share this dish which is one of the dishes I grew up eating, I need to explain that when you think about Brazilian Cuisine, you think about Barbecue and Rice and Beans, but Brazilian Cuisine is far more rich than just that! When Brazil was founded, the first State was Bahia, my home State. Hundreds of African slaves came to work in the sugar cane plantations and in the Engenhos (farm houses), as servants. They brought their music, their culture, their religion, their food! What a surprise!!

Their spices were blended with the new land’s oils, spices and flavors, creating an irresistible mix of strong, tasty full of flavor masterpieces, brought from the Senzalas (slaves shelters) to the Engenhos (farm houses) later called Bahian Cuisine – Typical Bahian Food. Known for bold flavors and time consuming recipes, our cuisine has survived those years and become a landmark for the Northeastern regions of Brazil.

The dish I am sharing today is called: Bobó de Camarão and all I am asking is that you open your mind, gather your ingredients and embark in this never ending journey of flavors. You know what they say, once you go Brazilian, you never go back!

This recipe was handed down to me by my mom, who received it from her mom, it’s probably been in our family for more than 5 generations! I made some small changes to meet my family needs. Hope you enjoy! 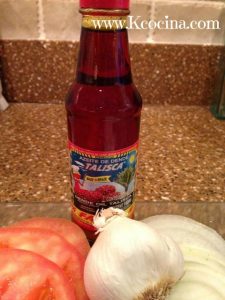 Salt and Pepper to taste

1 1/2 pound of deveined and peeled shrimp 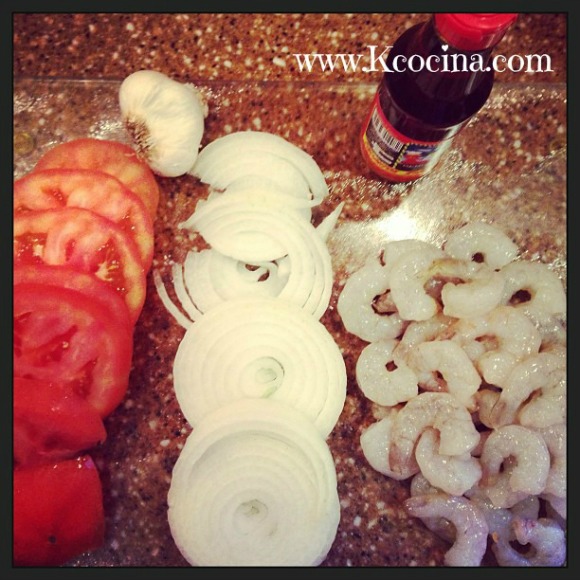 Cook the Yuca until soft, approx. 30 min, drain and use the blender with 2 tbsp of Coconut Milk to reach a mashed consistency and reserve. 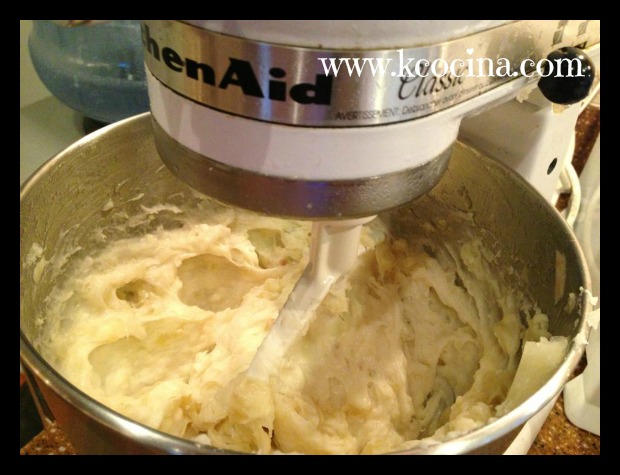 I use a large skillet or a wok, to mimic the pottery tachos the Africans used. 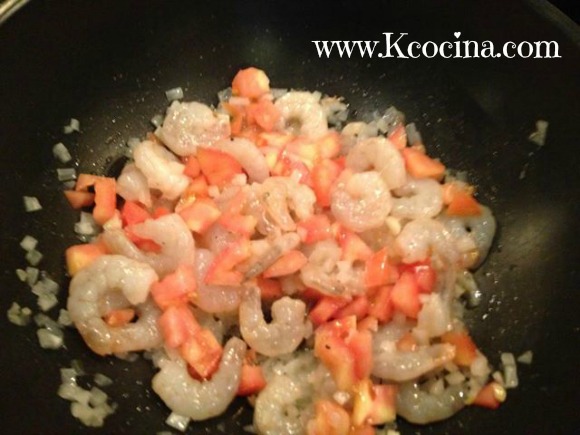 Heat the EVOO with onion, tomato and garlic, don’t heat up oil first, to avoid burning the onion and garlic. Add shrimp, salt and pepper to taste, cook until it boils and make sure shrimp is cooked, add remaining coconut oil, cook for 5 min. and add mashed yuca and dende oil and cook stirring until it boils, for aprox. 5 min. Serve warm with chopped cilantro, if you like it, my family does not like cilantro, so I just add a very little amount before shrimp is cooked. 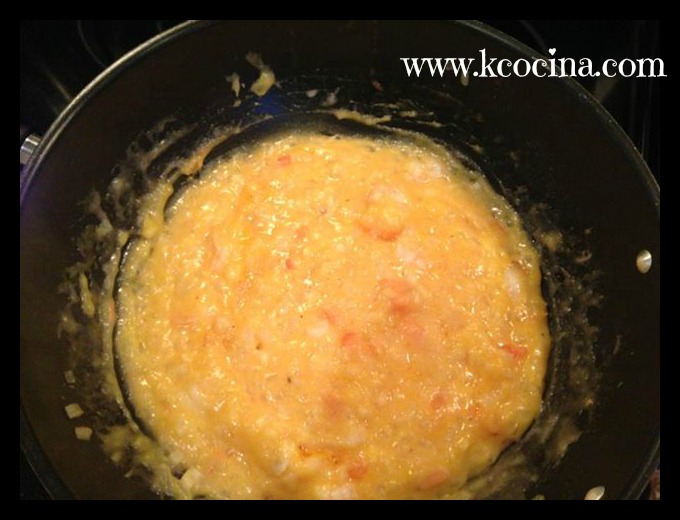 Next time somebody talks about Brazilian food, you will have a new story to tell! Bom Proveito!