You are here: Home / Auto / Cruising LA With Nissan: A StarWars Experience 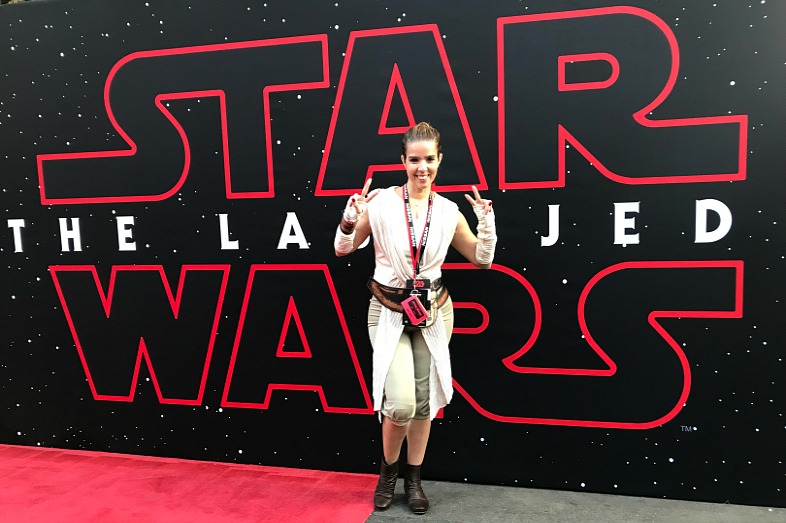 We arrived in LA with a mission to cruise the city enjoying the technology of ProPilot Assist and EPedal on board the Nissan LEAF and ROGUE.

So let’s learn a bit more about it, before we hit the road: 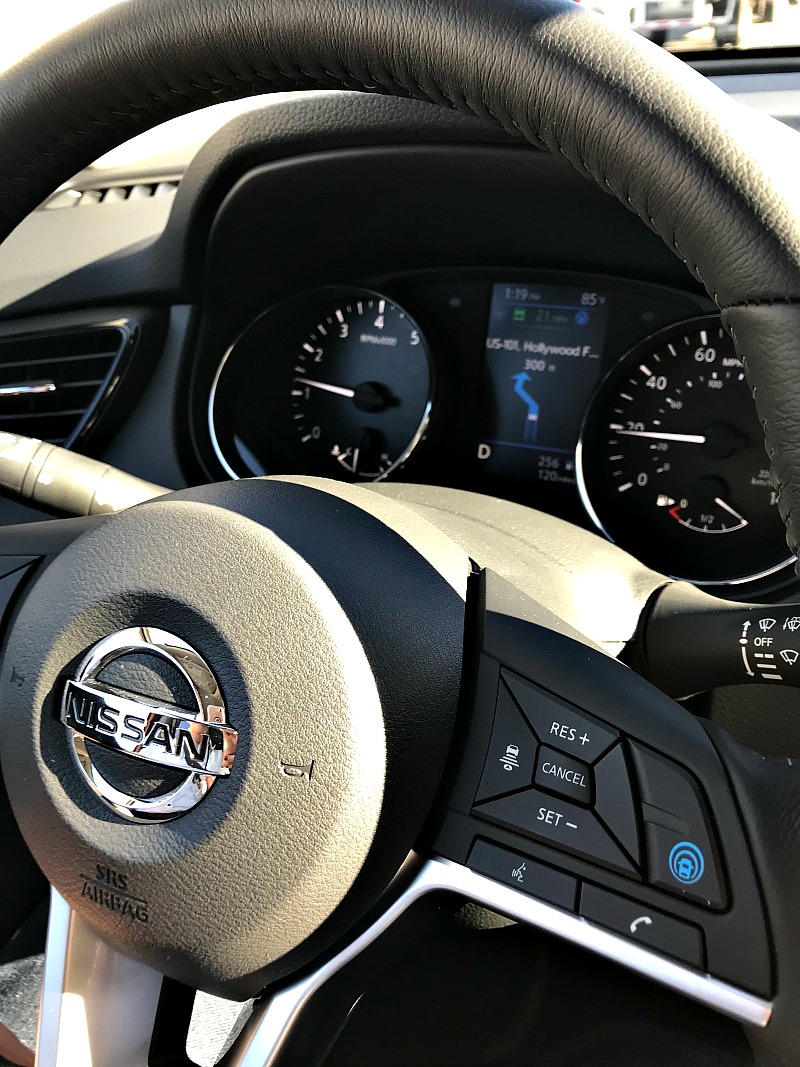 The system is called ProPilot Assist because this is not an autonomous driving system, but a driver assist.

Nissan calls this a level 2 (L2) automation system because it is capable of doing coordinated longitudinal and lateral control. That means it can handle acceleration, braking and steering. But it doesn’t let the driver remove himself from the equation.

But for me, experiencing it, really gave me the peace of mind to relax and enjoy the ride, instead of being concerned with LA traffic, because I was being assisted, every step of the way.

The Nissan system explicitly requires drivers to keep at least one hand on the wheel at all times. A torque sensor in the steering wheel looks for small motions indicative of a driver holding the wheel or resistance to automatic steering motions. If the system decides that the driver doesn’t have a reasonably firm grip on the wheel after five to ten seconds it gives an audible warning and flashes an alert in the instrument cluster. Five seconds later, the alerts get progressively more insistent.

Ten seconds after that, it will automatically pulse the brakes a couple of times trying to get your attention. After 25 to 30 seconds with no sign the driver is responding, ProPilot will start slowing the vehicle and when speed drops below 40 mph, the hazard lights are turned on. Without intervention from the driver, the car will come to a complete stop. 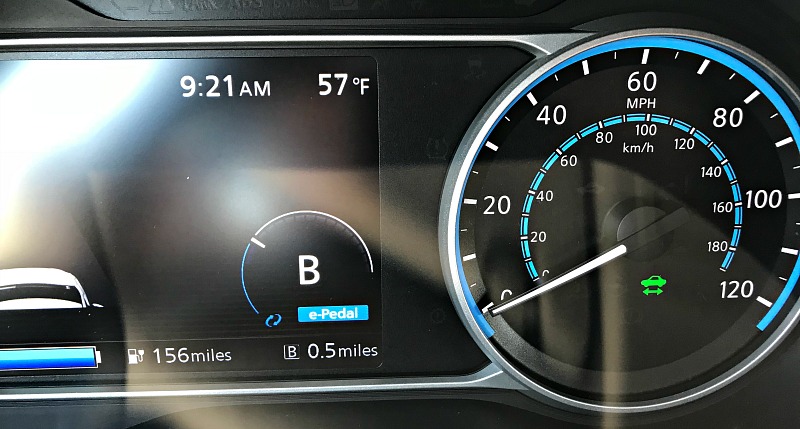 For instant acceleration, press down hard on the accelerator pedal. Lift off the pedal and the e-Pedal mimics stepping on the brake pedal, allowing the vehicle to slow down and even come to a complete stop.
In stop-and-go city traffic, the e-Pedal greatly reduces the need to shift from one pedal to the other, making driving easier and way more engaging. It allows sporty driving on winding roads, making the process of driving more exciting!

The e-Pedal allows the driver to launch, accelerate/decelerate and stop the vehicle by using only the accelerator pedal. By using only one pedal, tasks such as: judging the distance between the car in front; decelerating and stopping when going downhill; and stopping for traffic lights, have been drastically simplified and a lot more convenient.

For me, it reduced stress and complication in stop-and-go traffic. No better place than crazy LA traffic to test that, right?

We were able to experience those two features, the ProPILOT on the Rogue and EPedal on the LEAF. Cruising LA on one of the most fun scavenger hunts, I’ve ever participated!

First day, after a super fresh lunch, we took the ROGUE for a ride in LA! We started our scavenger hunt with the LA public Library, where we found BB-9 under the tree! 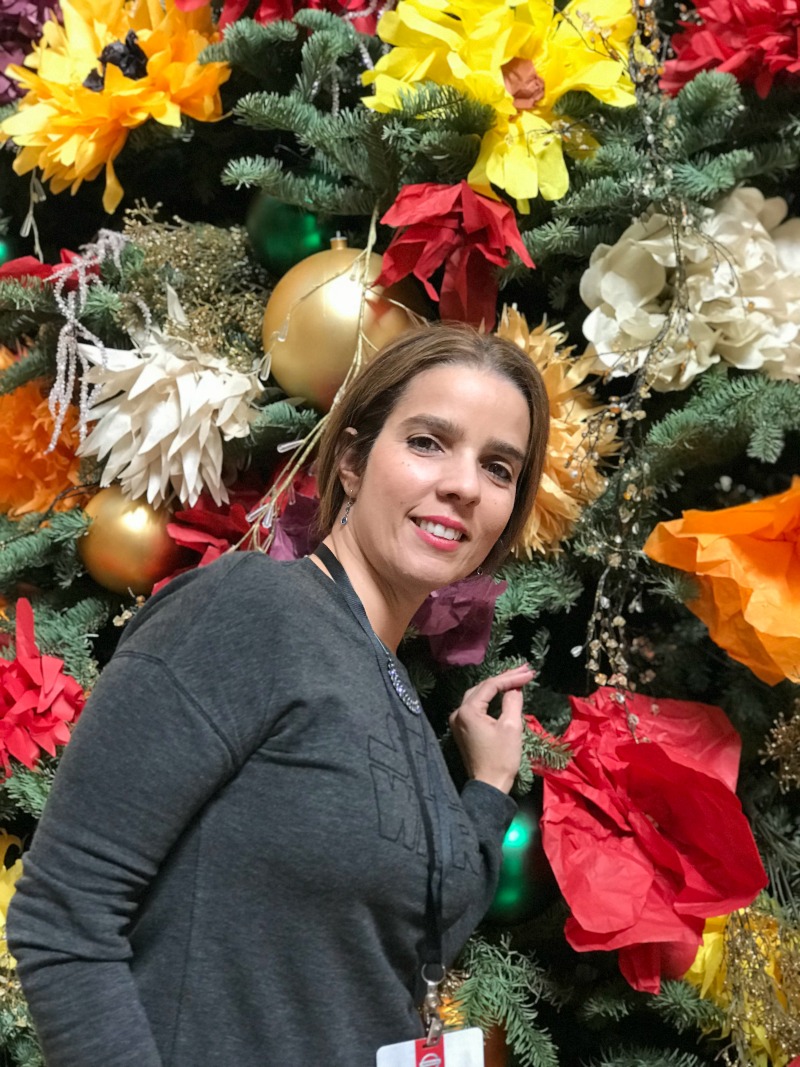 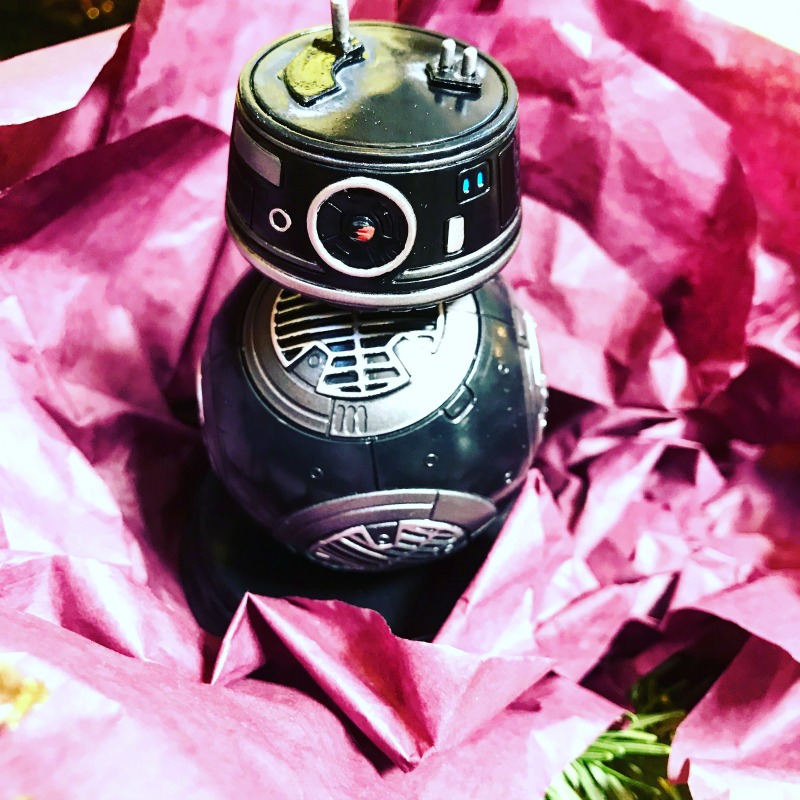 The OUE Sky Space , where we found another BB-9: 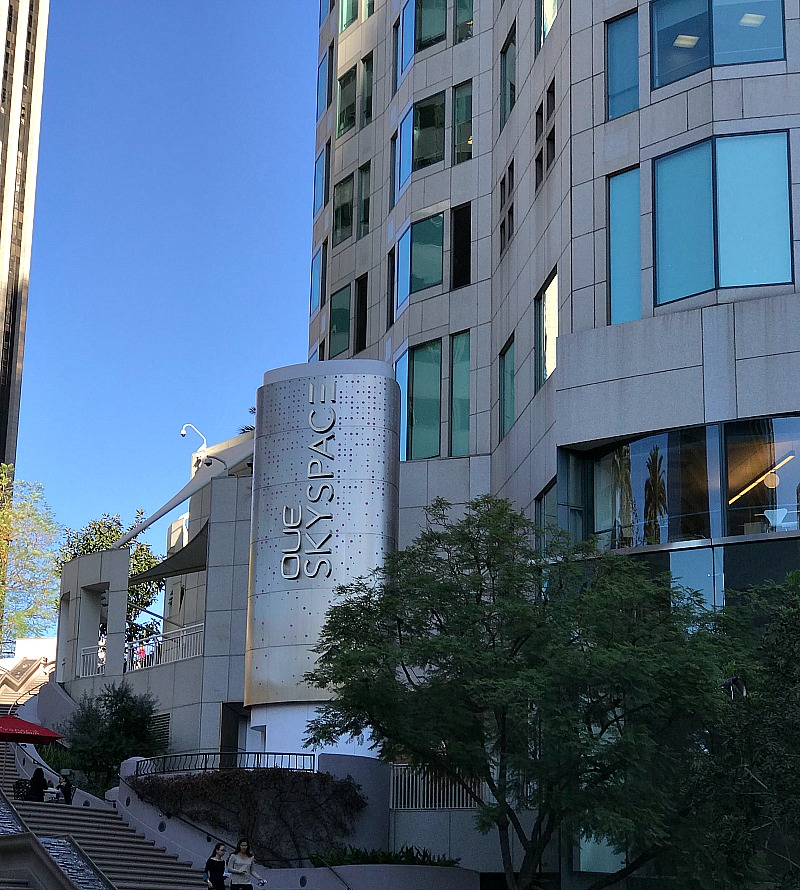 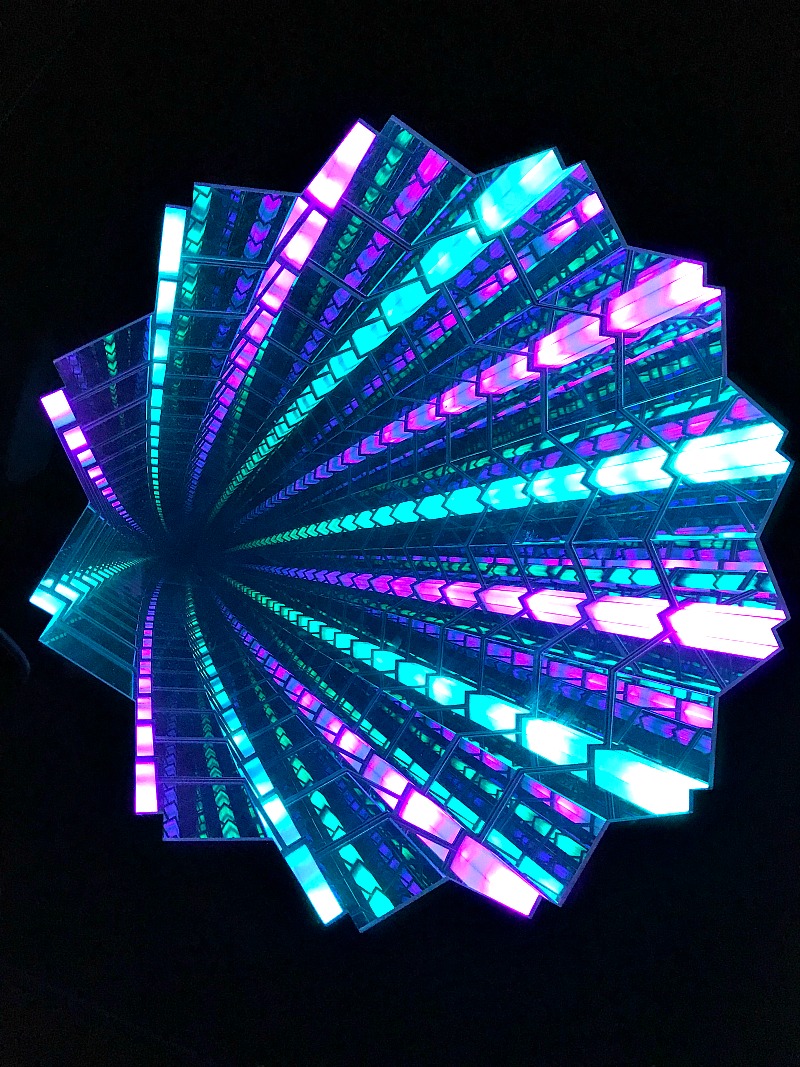 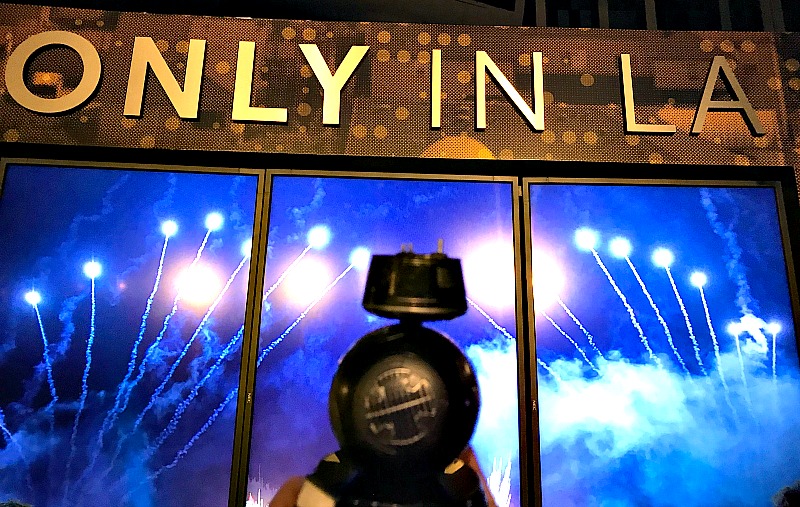 I even got some wings! 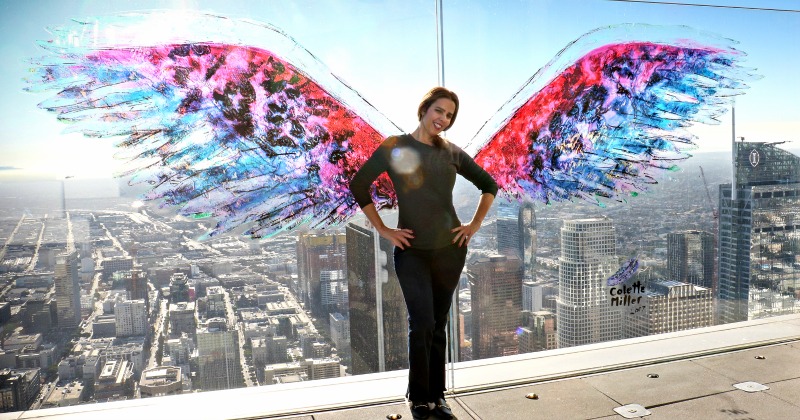 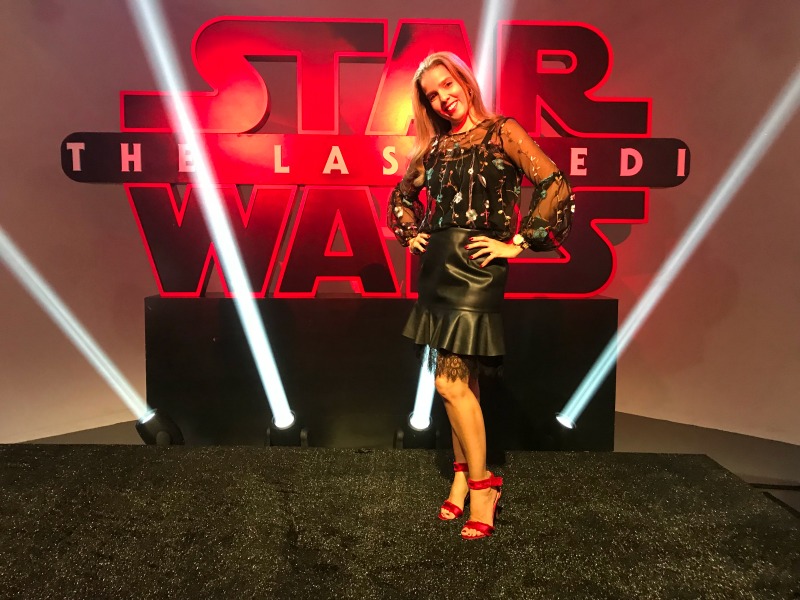 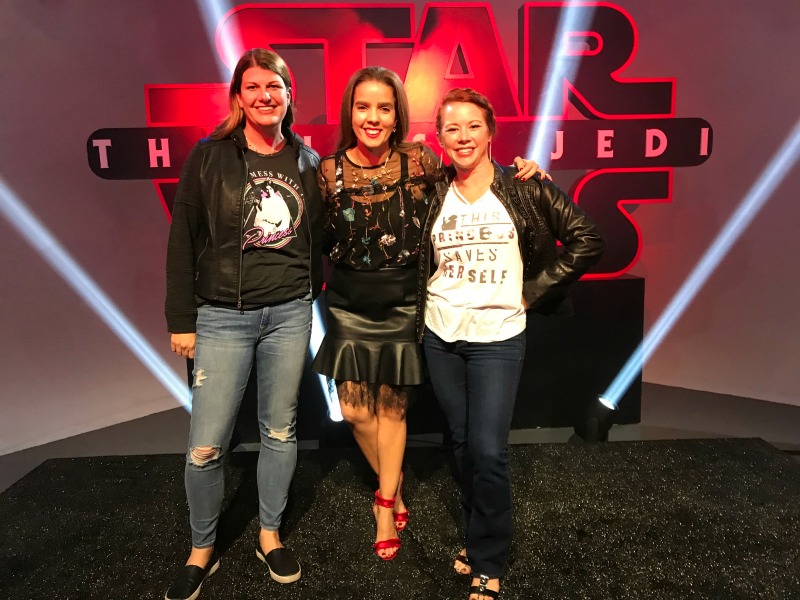 Between custom designed vehicles which can almost fly and aircrafts which can: 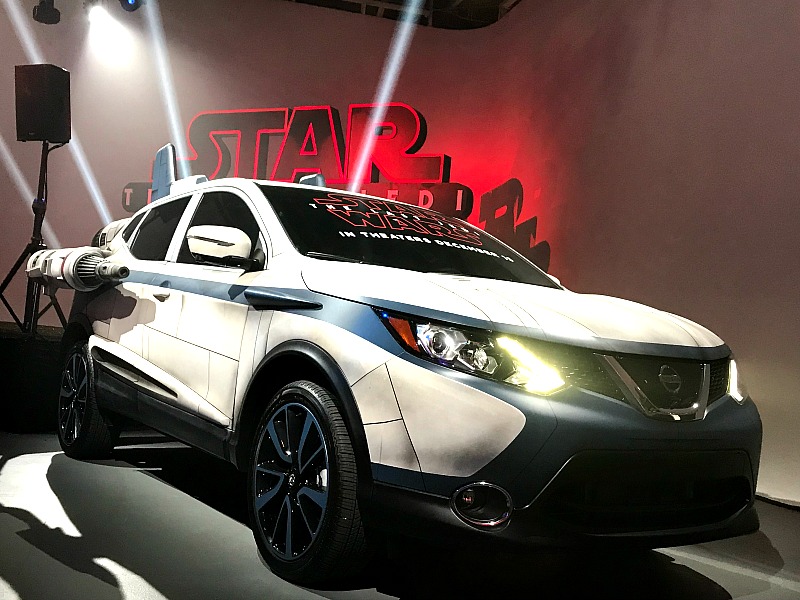 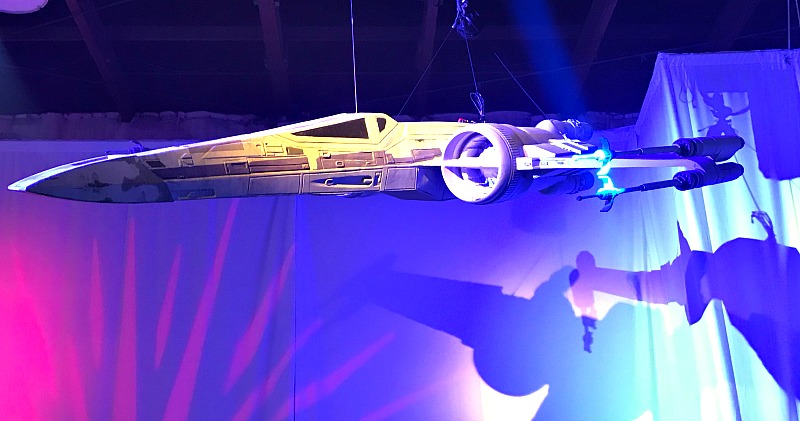 Fun appetizer options, where donuts are literally torched to become a caprese delicacy. 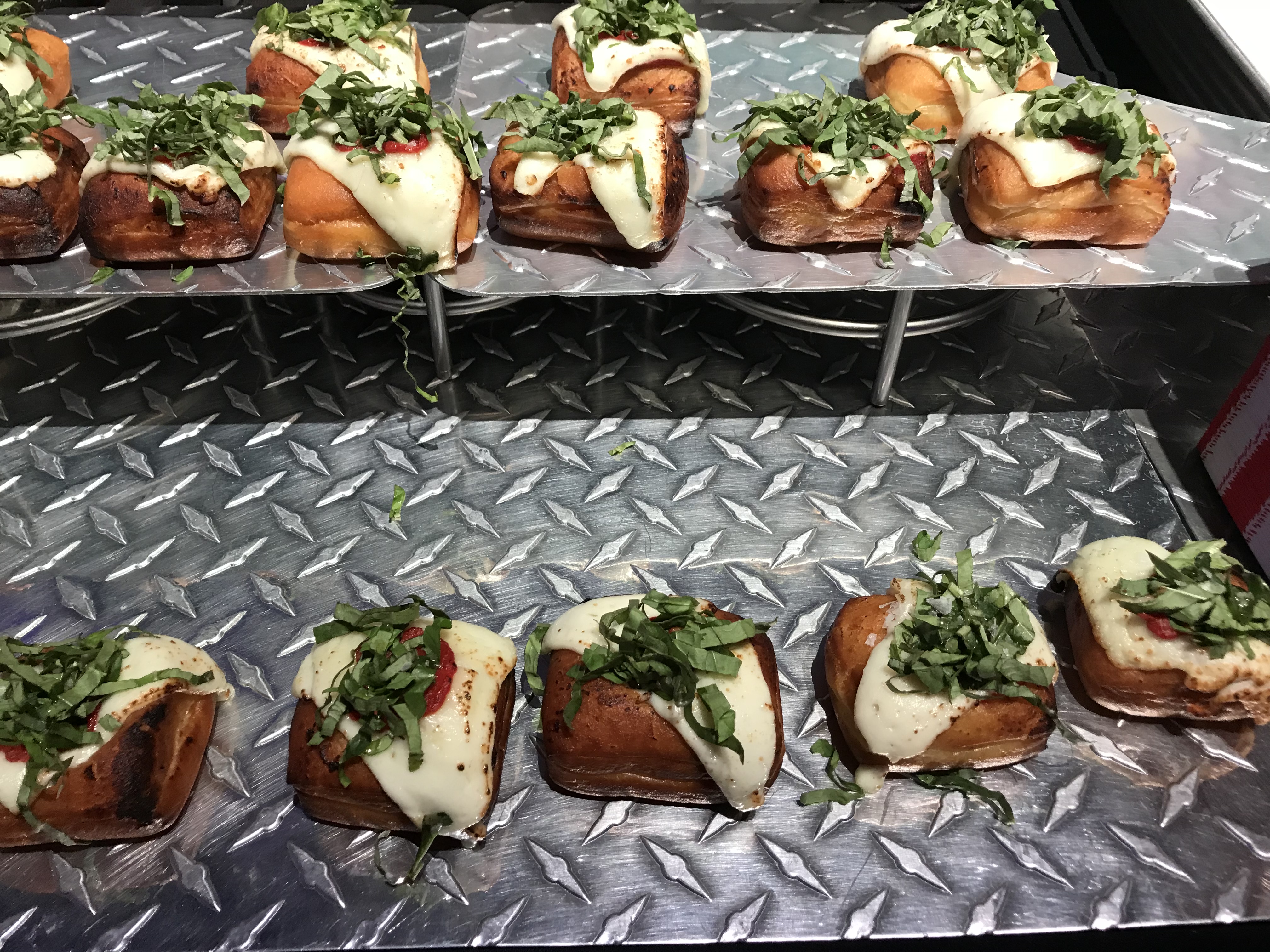 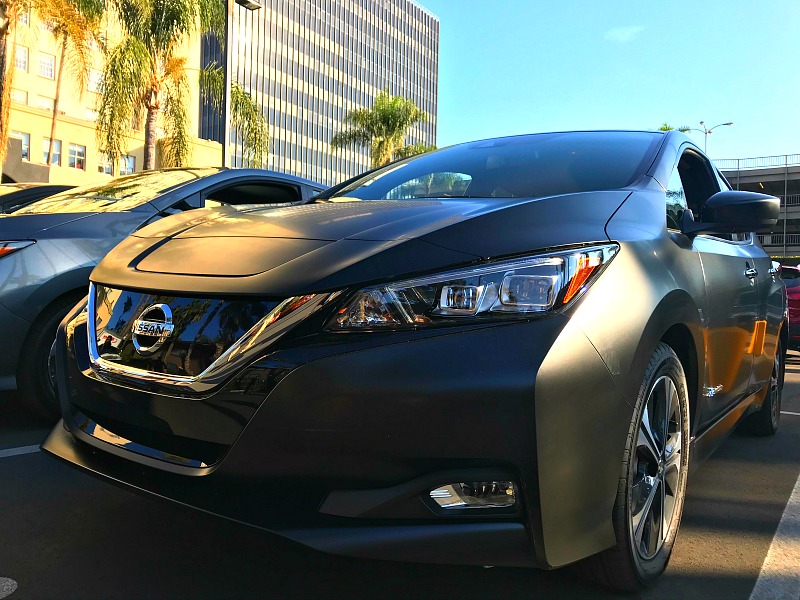 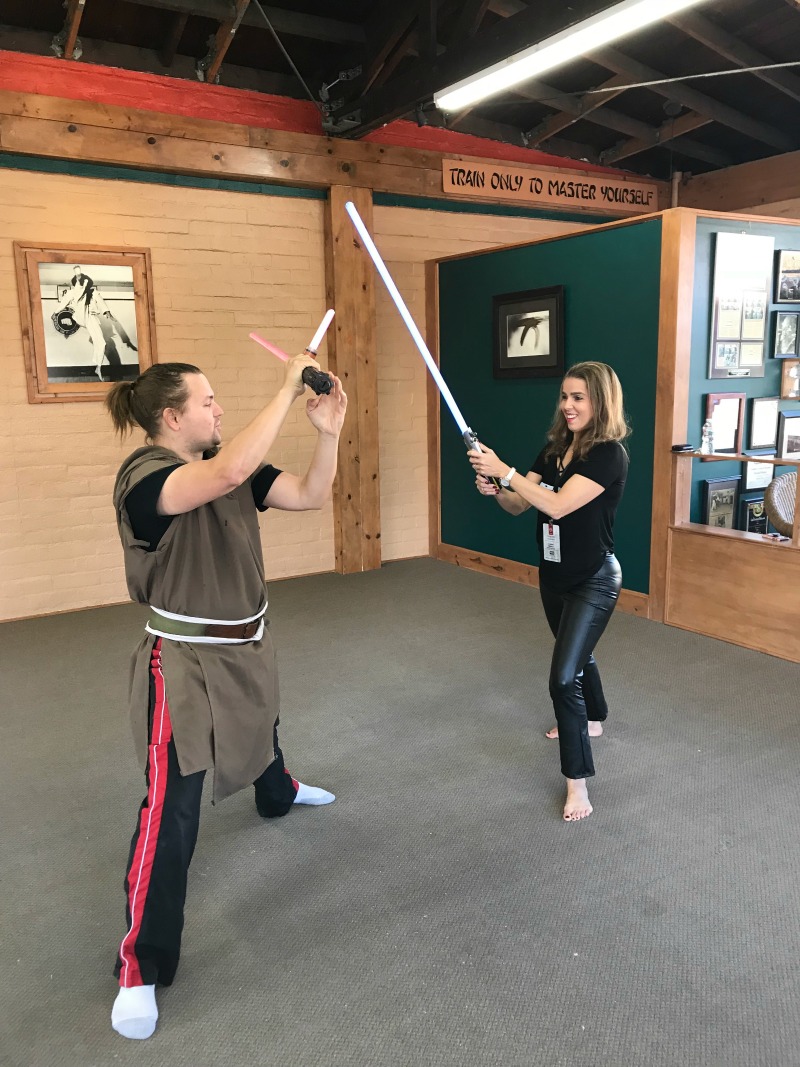 Then we headed to an action packed day with a stop at Griffith Observatory to find BB8, he was playing tourist, checking out the Hollywood Sign: 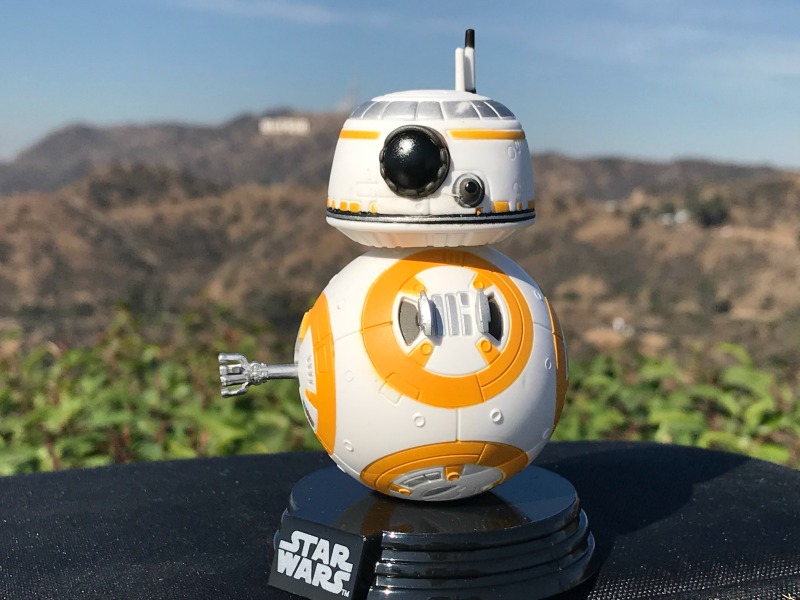 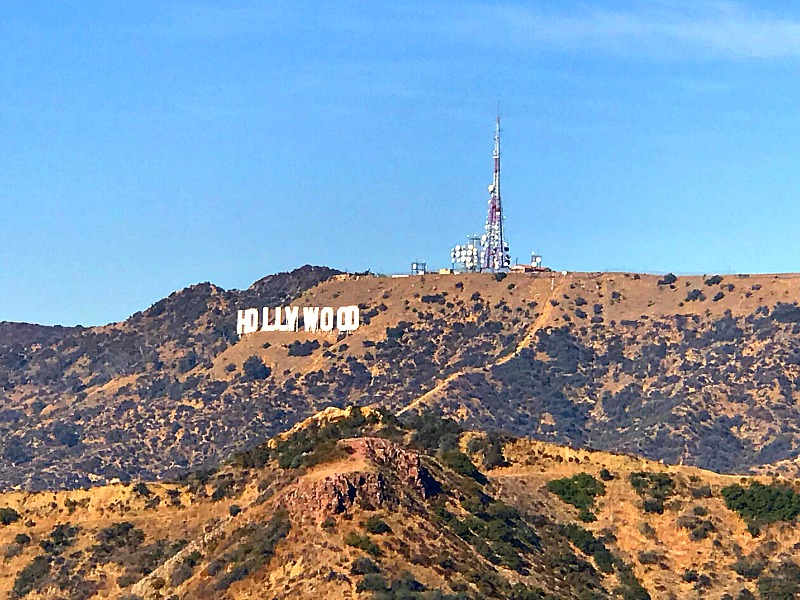 Time to get ready to attend the premiere at the legendary El Capitan!

Nissan provided an awesome glam squad and a costume!! Can you guess who I was dressed like? 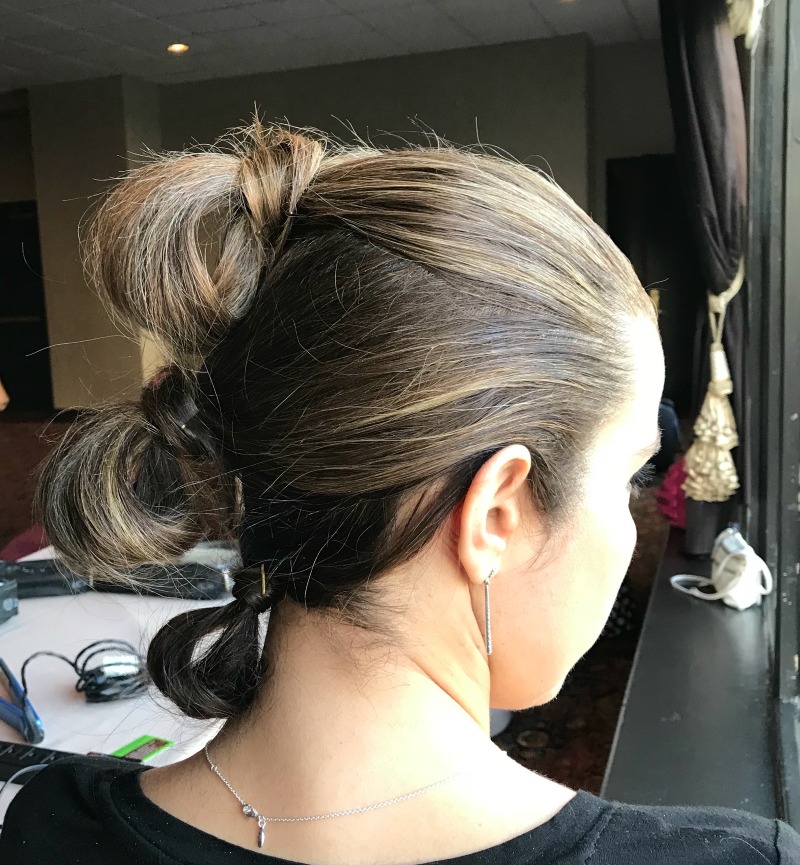 At the Rooftop Party some children thought I was somebody famous and asked to take a pic with me!! I was so excited!!!! I felt like a celebrity! 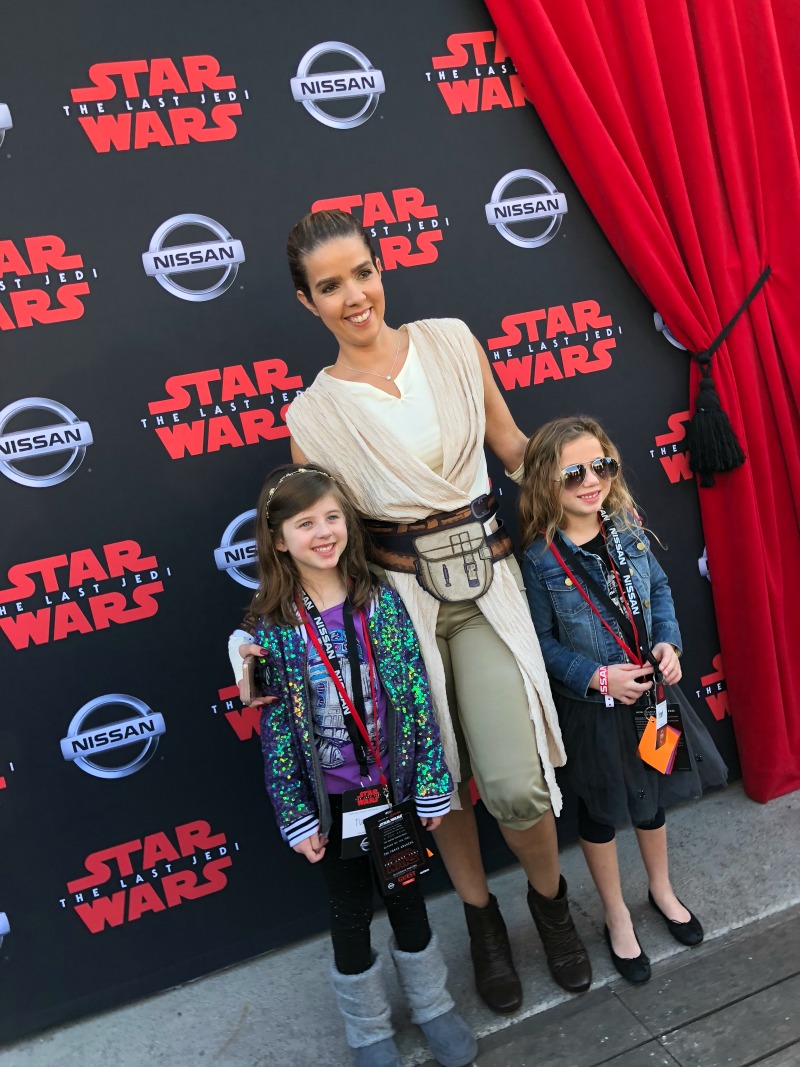 Here are some Red Carpet Highlights before we watched the movie at El Capital Theatre: 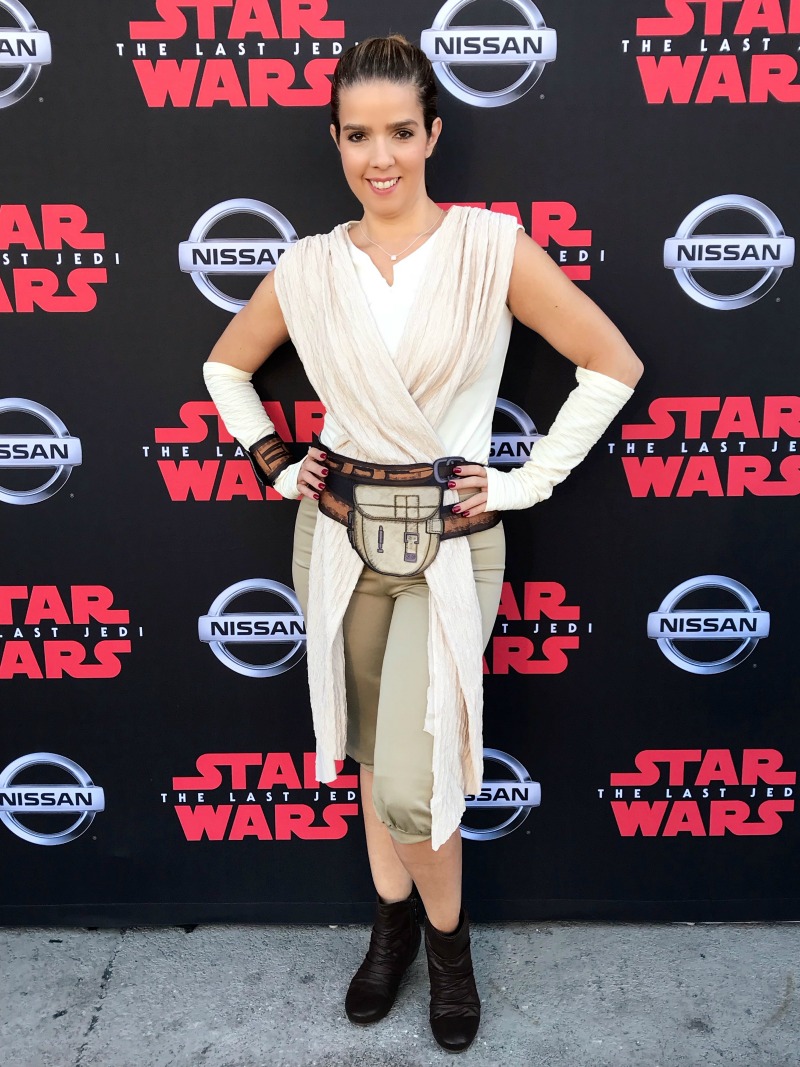 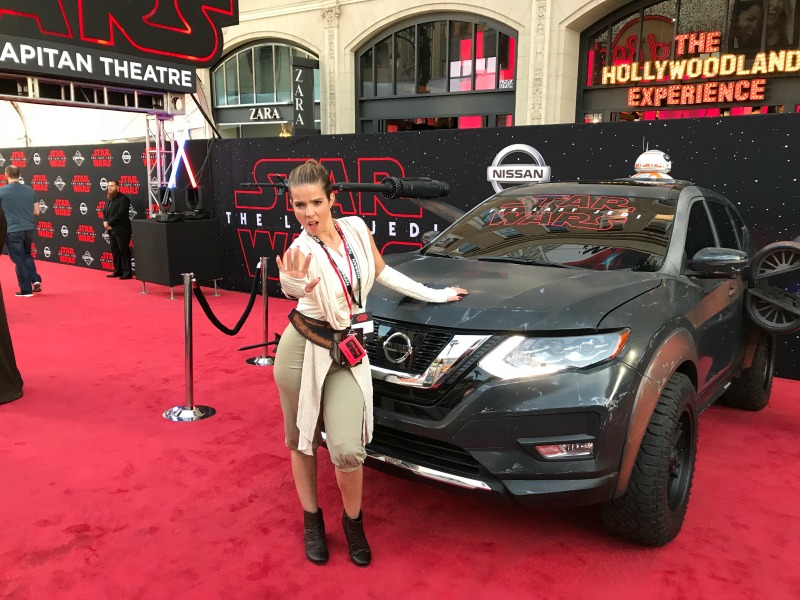 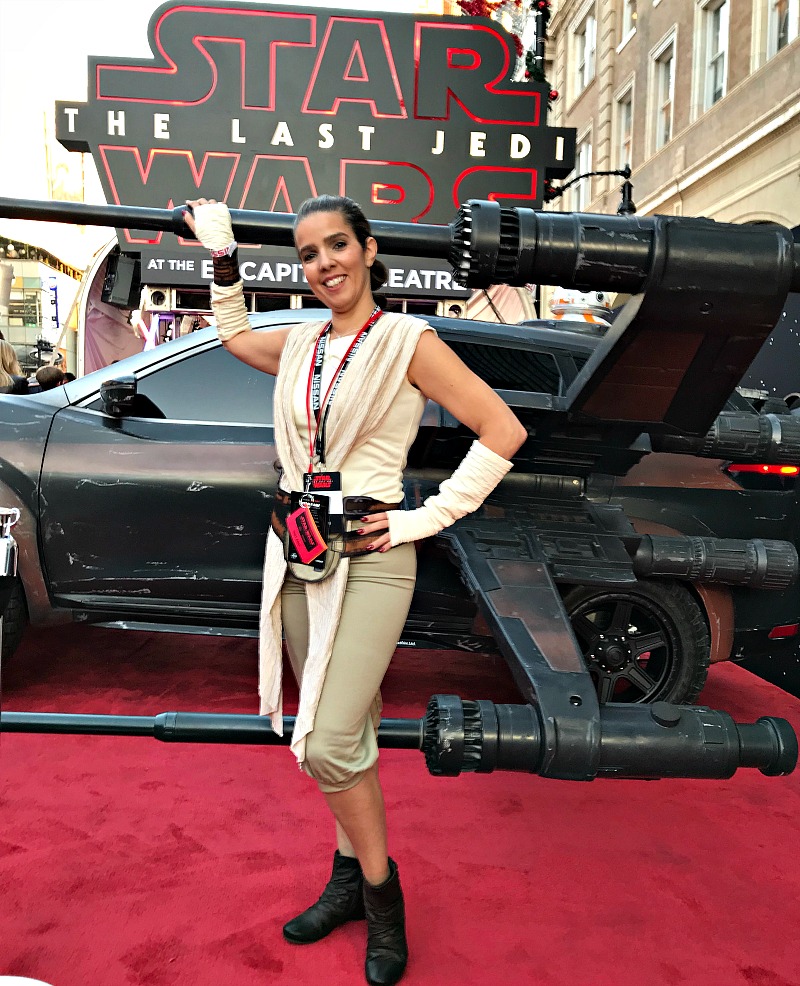 It was one of the most exciting events I’ve ever participated! Being a huge Star Wars fan, it was an unforgettable trip!

Driving in LA was a dream come true, made easy thanks to Nissan’s technology and advancements! 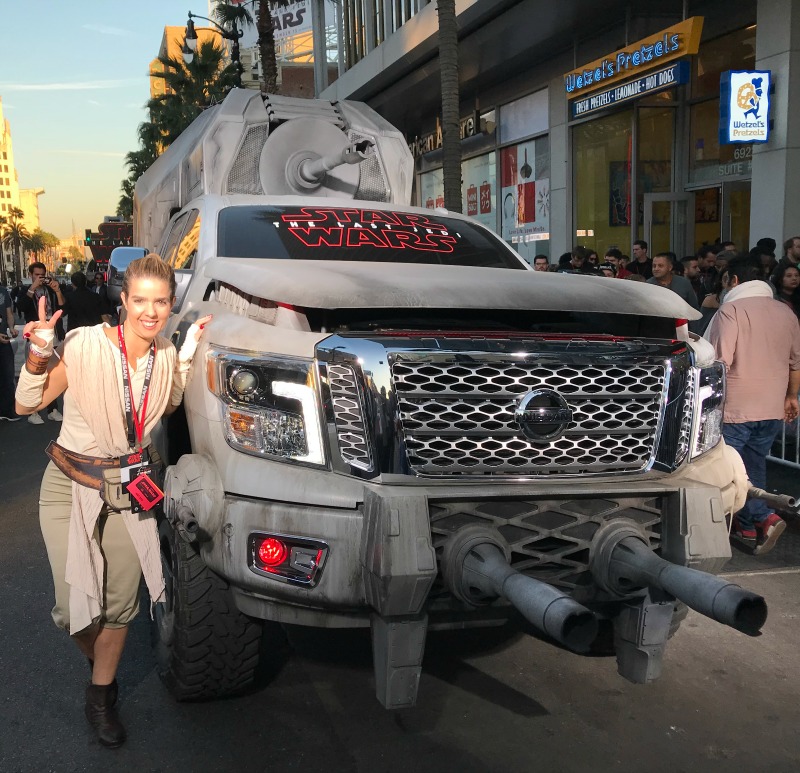 You know I’ve been to LA many times this year, but this was truly an opportunity I will never forget!