You are here: Home / Disney / Elena’s Debut In Magic Kingdom 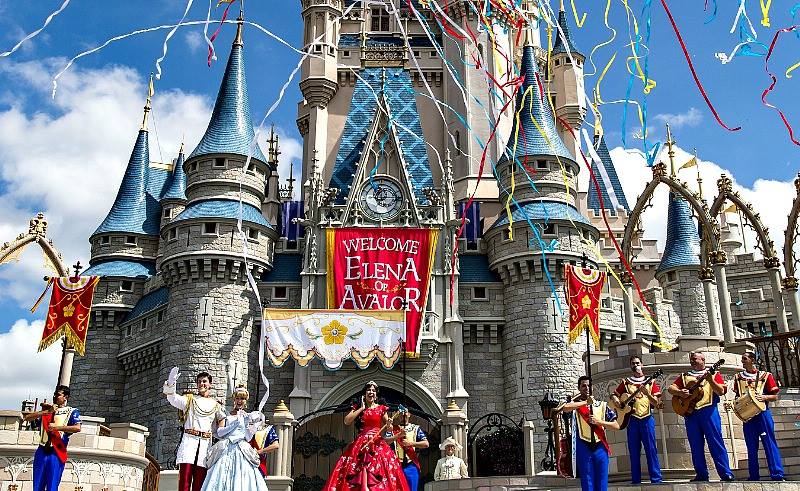 Elena of Avalor swings into action and takes her rightful place as Crown Princess in the kingdom of Avalor! A beautiful fairy tale inspired by diverse Latin cultures and folklore where every episode is full of music, magic and misterio. Helped by her younger sister, Princess Isabel, her grandparents, Francisco and Luisa, and her friends, Princess Elena will learn to lead with bravery and courage. Que brava!!

Here is a video of her first adventures, Elena officially becomes Crown Princess, she must rescue her sister Isabel from aboard a missing ship! All new episodes on Fridays 7:30 PM on Disney Channel:

This Trendy Latina was super excited to know that the beautiful ruby off-the-shoulder dress with floral prints was designed by Layana Aguilar, a Brazilian and a fan-favorite contestant on “Project Runway” and “Project Runway All Stars.” The designer created a dress to represent all of the rich and colorful cultures and folklore from Latin America! 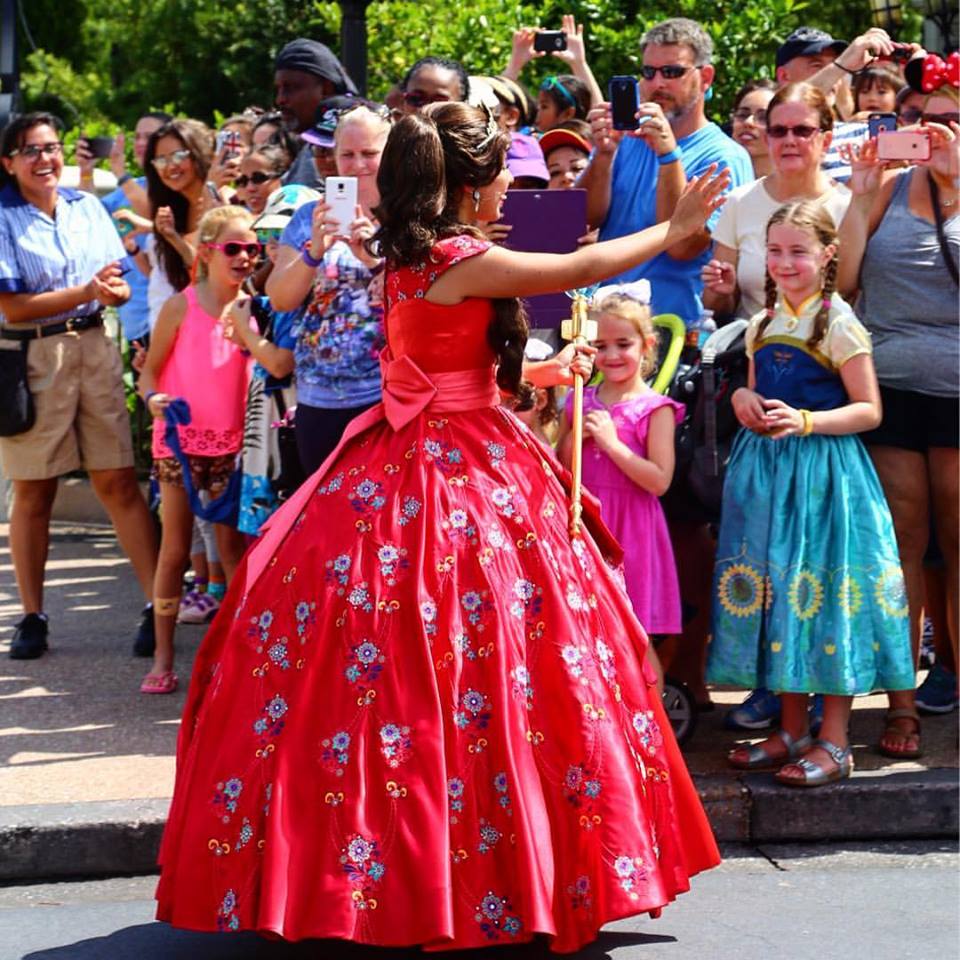 “Designing a dress for a Disney Princess is a dream come true for me and the proudest moment of my career so far. And as a mother, I am so excited to introduce my kids to ‘Elena of Avalor,’” said Layana.

Her design is also the inspiration for the dress that Princess Elena will wear at Walt Disney World Resort and Disneyland Resort when she begins making appearances later this year. At Walt Disney World Resort, Elena will appear in the Magic Kingdom beginning in August. At Disneyland Resort, she will appear at Disney California Adventure this fall.

I was so emocionada to be there to witness her first performance of the limited time show “The Royal Welcome of Princess Elena of Avalor.”

On August 11th, Magic Kingdom Park offered a warm welcome to Elena, crown princess of Avalor, in a special ceremony taking place on the Cinderella Castle Forecourt Stage. Beginning August 12, the royal welcome for Elena of Avalor will be presented several times daily at the park. 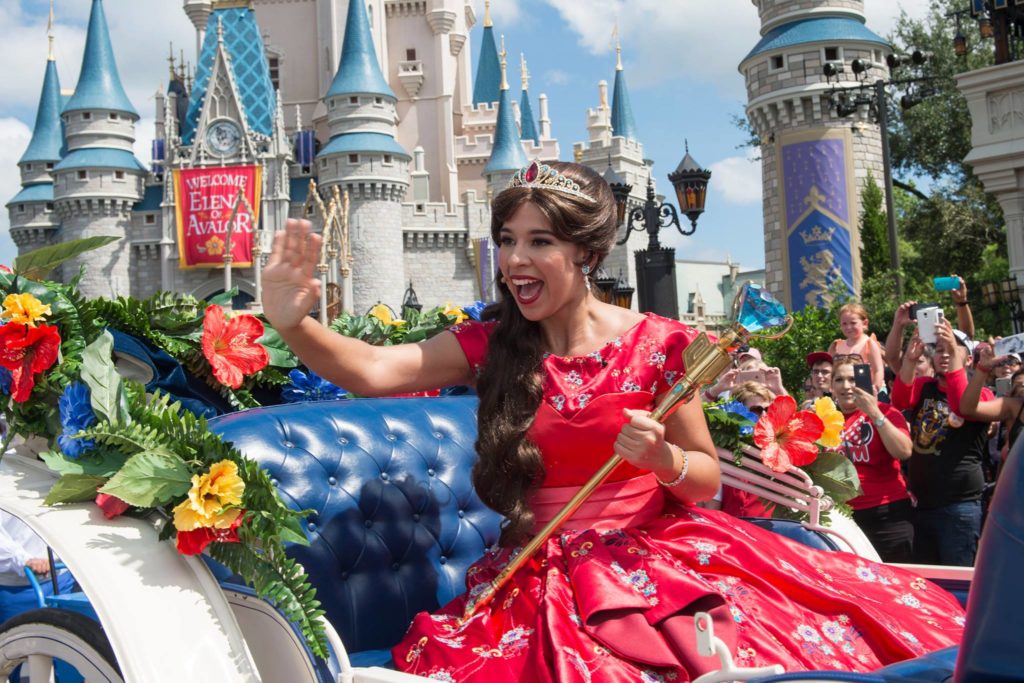 Cinderella and Prince Charming appeared on the stage of the castle, dándole la bienvenida (giving a welcome) to everyone and introducing their special guest from Avalor. Princess Elena arrives accompanied by a troupe of regal banner carriers and musicians and when asked to share her historia, Elena uses la guitarra and joins her musicians in a performance of the song “My Time,” recounting her magical adventures and triumphant return to Avalor.

Here is the Official Ceremony:

Elena of Avalor in Magic Kingdom

We also attended a luncheon at the Contemporary Resort! The highlight for me was that I had the opportunity to spend time interviewing Jenna Ortega, who gives life to Isabel at #EleanofAvalor event!!! She told me this role and being involved in this project is a dream come true! 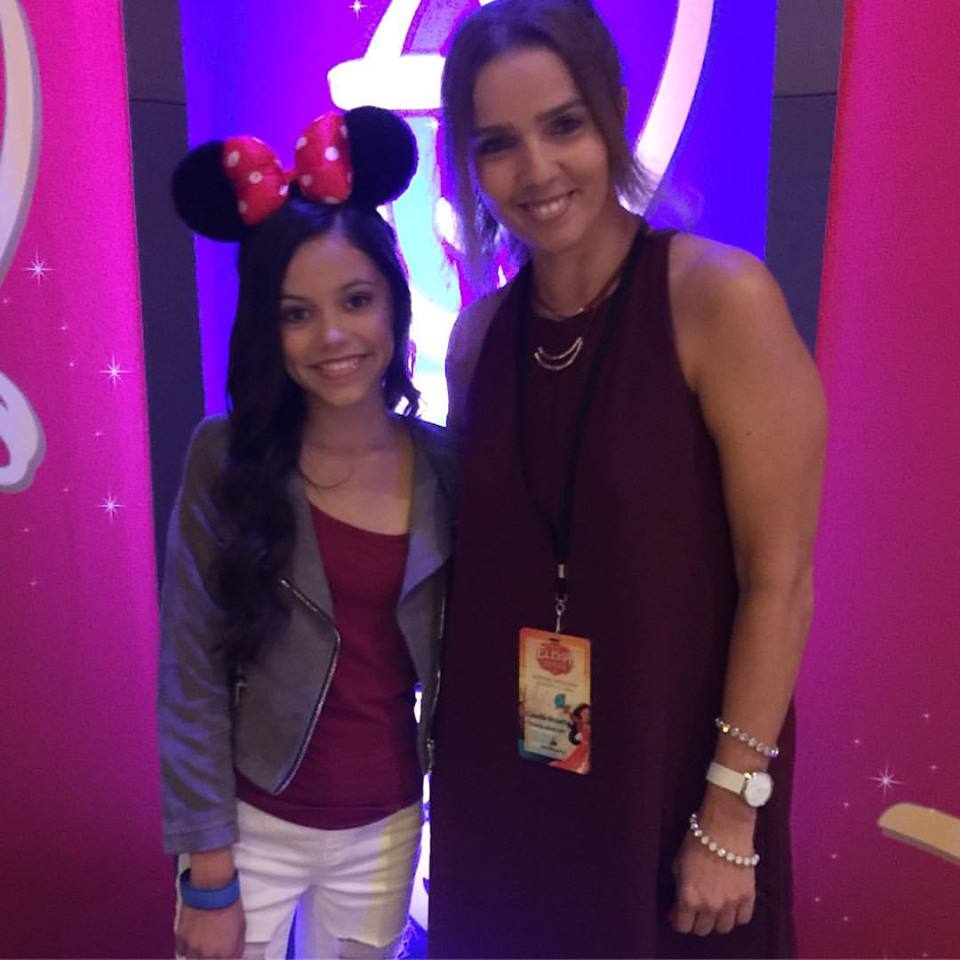 We also had private time with Elena! The opportunity was truly priceless! 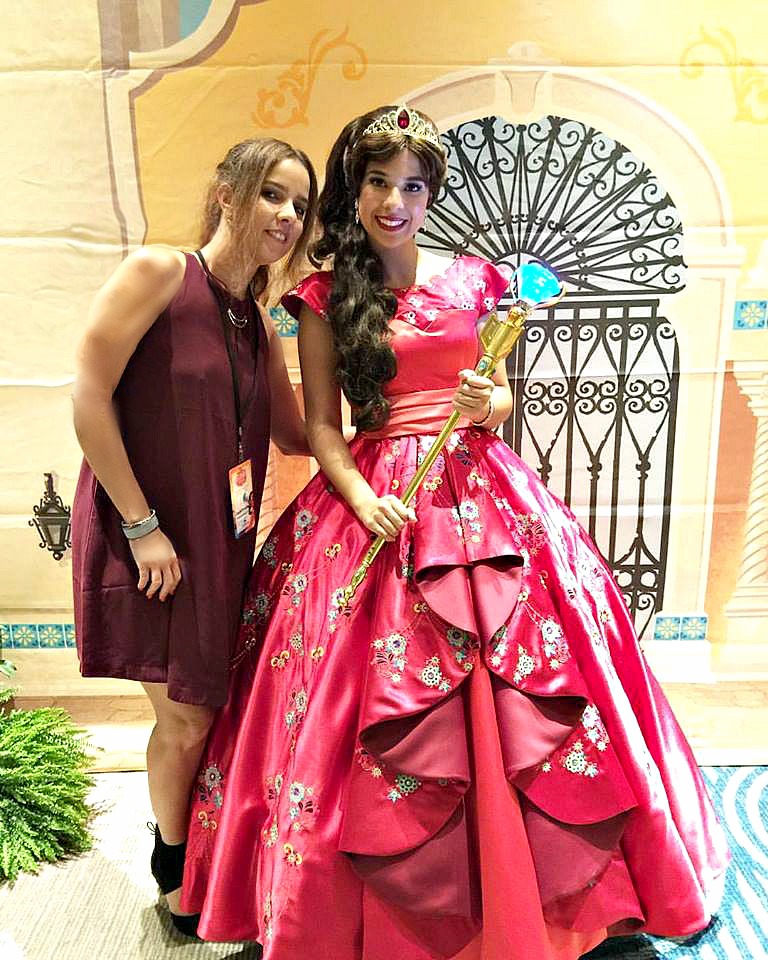 Somebody told me we could be sisters, what do you think? I think she is so much prettier than I am!! 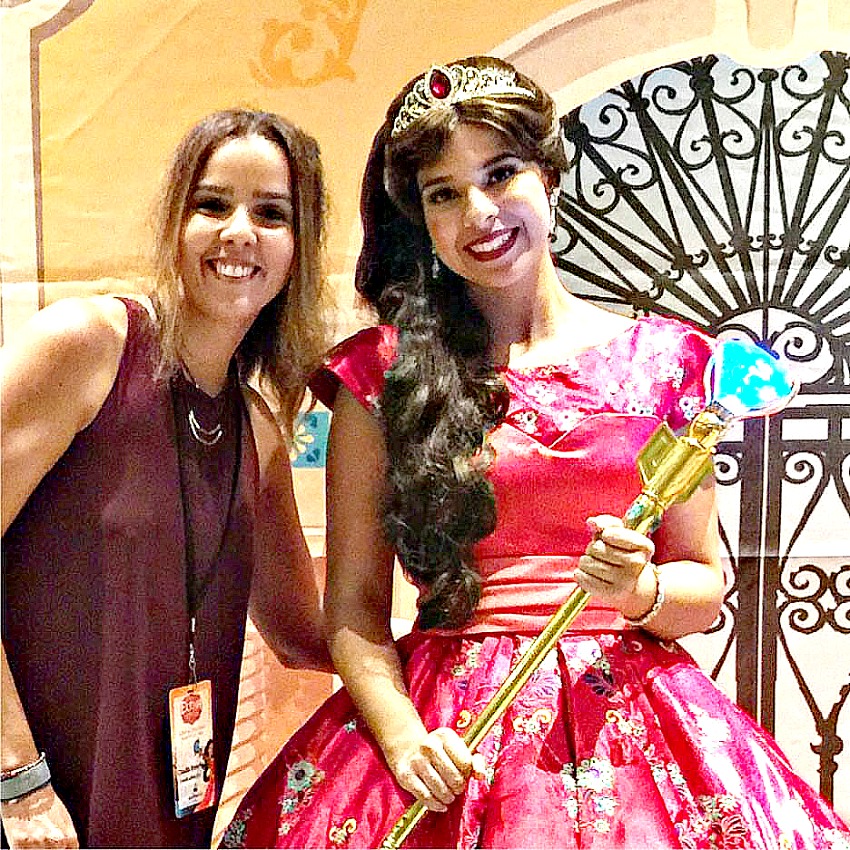 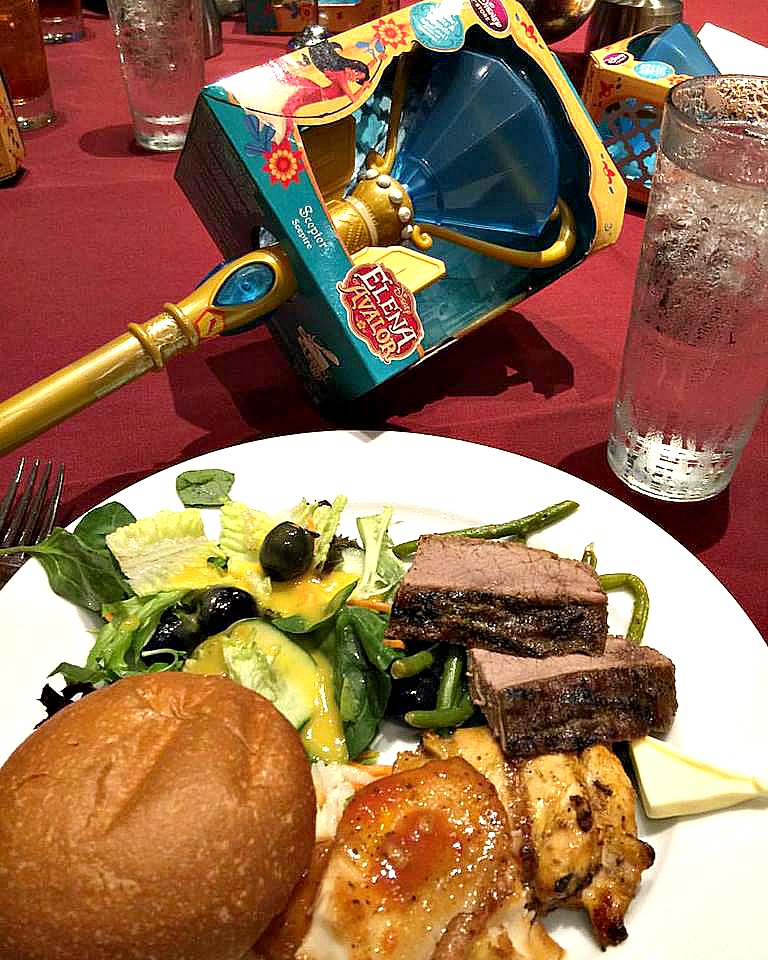 It was a magical time and I feel so honored to have been invited as a Latina blogger to attend such an amazing event! 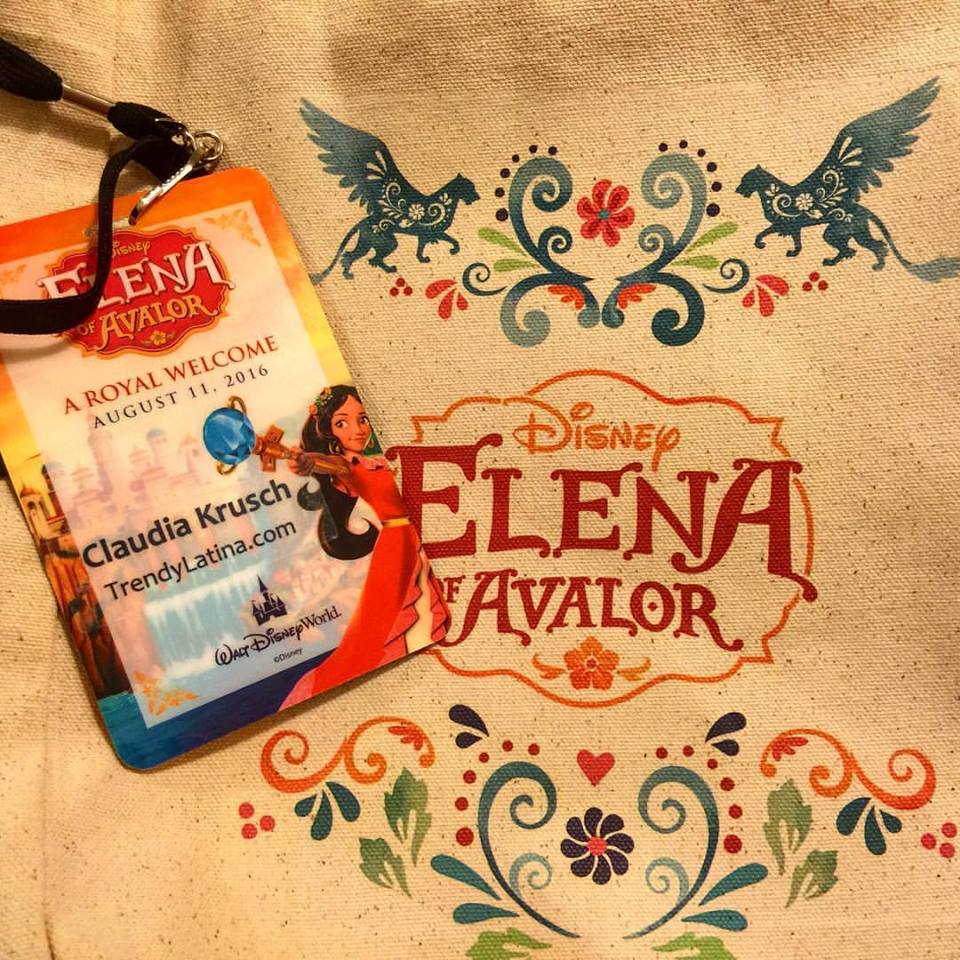 You can also see Princess Elena on the Disney Channel series “Elena of Avalor” every Friday at 7:30 p.m! We truly look forward to it every Friday!!

Writing this post brought tears to my eyes, because being invited to attend this event was a dream come true for me! Being a blogger and the Disney lover that I am, I needed to have that amazing experience in the land where dreams do come true!

I will be back in October, to what I call my Happy Place! When I will be sharing more Adventures in Walt Disney World with you all! 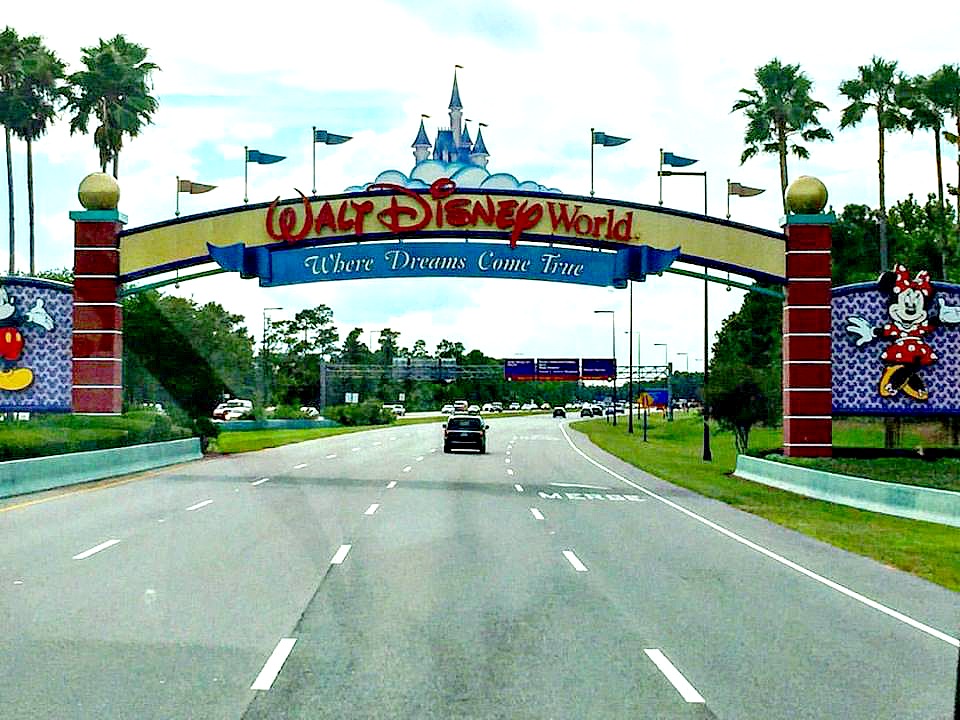