You are here: Home / entertainment / How To Host A Great Girls Night In 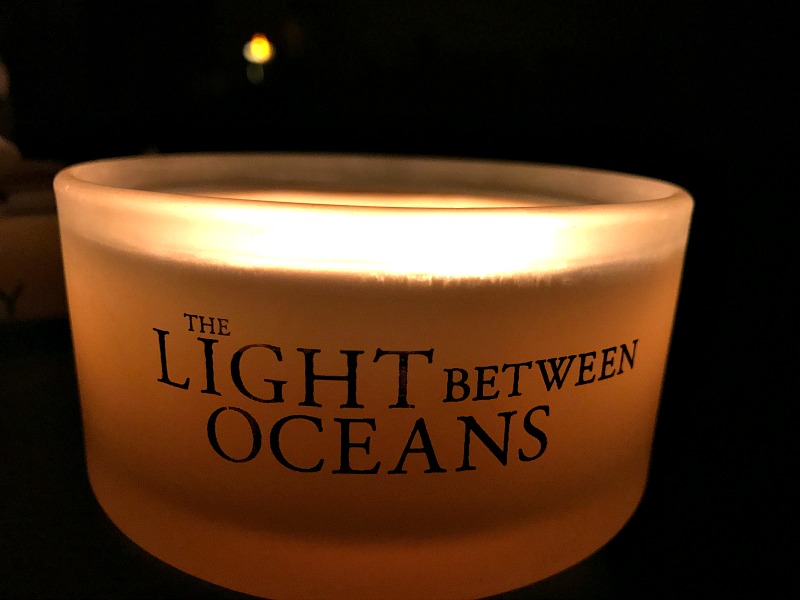 The movie party was sponsored by Disney Studios, but all opinions are my own.

When I received the invite to host a movie screening party, I knew I had to invite my girlfriends to join me to watch the movie and have a great time! So I wanted to share a couple tips to host a great movie girls night in! 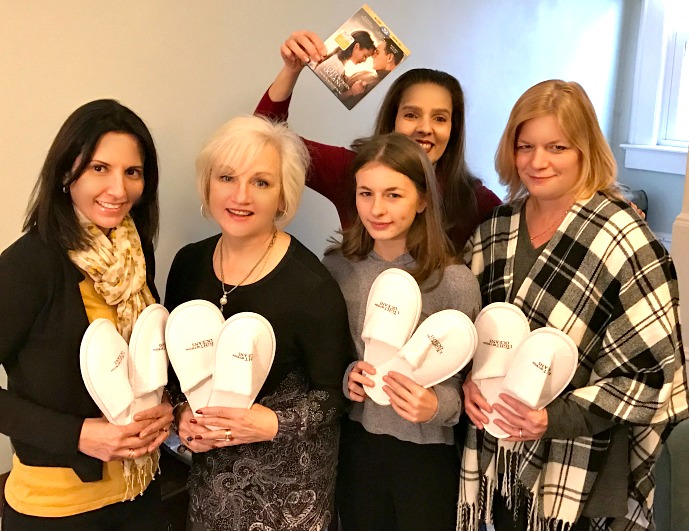 Make sure you have some light refreshments prepared ahead of time to make sure that you are spending time with your friends, not in the kitchen!

For last weekend’s party, I prepared: 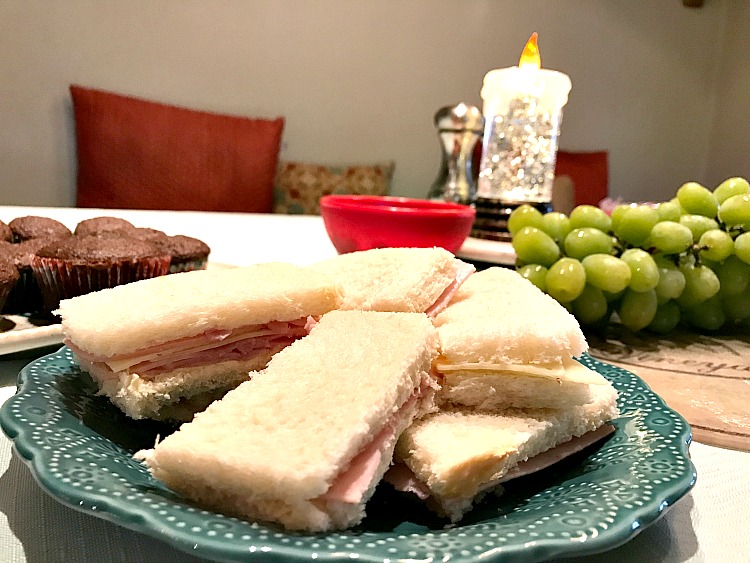 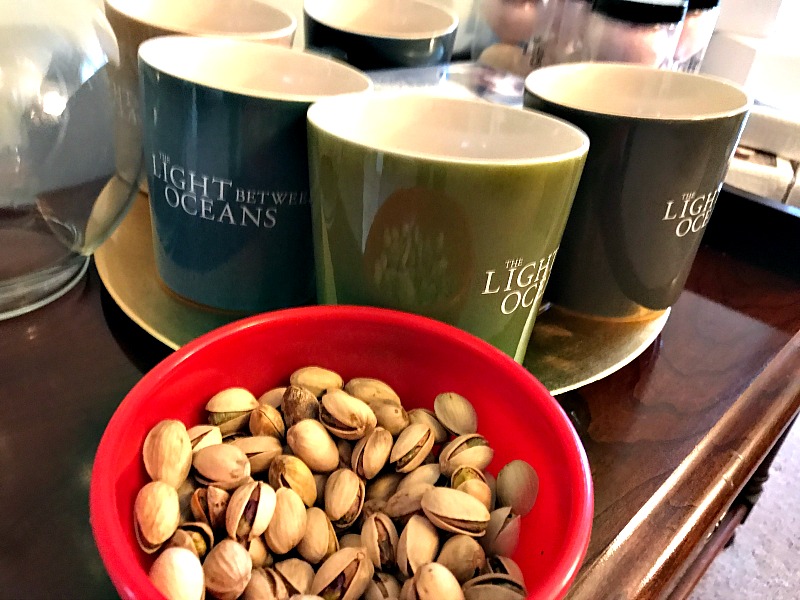 We had mugs, tea options, milk and sugar set up as a beverage bar – I asked them to choose a mug they liked and head to the “bar” to prepare their own tea or coffee. It’s important to make sure your friends feel at home! I had an electric tea kettle with boiling water and a Coffee maker with many options of coffee for them to choose. 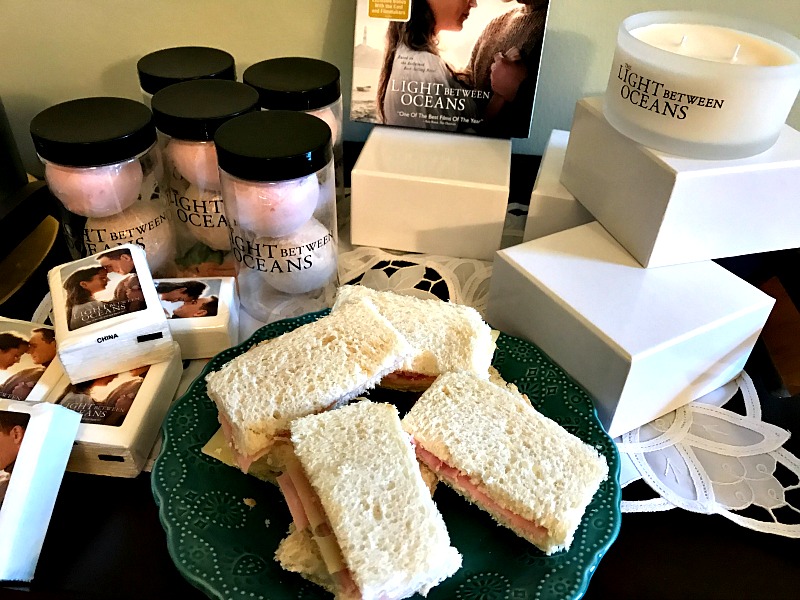 I also had tissues, a preview of things to come and I set up a bag with party favors, which were the bath bombs and slippers for them to relax at home.

I had a small set up for quick pedis with the bath bombs but it was a really cold day, so my friends preferred not to take their boots off and use the gifts at home! After all, it’s all about making your friends happy!

We sat down for over an hour, chatting and catching up and I also asked them about the movie and what they expected! 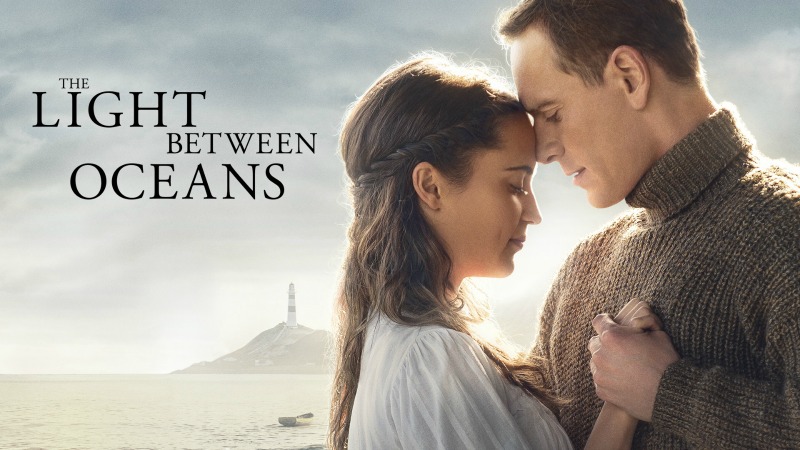 We watched The Light Between Oceans on BluRay! Such a gorgeous landscaping, beautiful story with so many life lessons, but above all, a story that spoke to my heart when I first watched last year! If you would like to read my movie review, click here.

The mesmerizingly beautiful film is based on the 2012 best-selling novel by M.L. Stedman, which swept readers away with its transporting story of fate, love, moral dilemmas and the lengths one couple will go to see their hard-fought dreams realized

Here is a trailer to inspire you to watch it as well:

The in-home release of “The Light Between Oceans” will carry you even deeper into this timeless tale of love and impossible choices through never-before-seen bonus features, including a documentary revealing director Derek Cianfrance’s unique approach that allowed the all-star cast to embody their characters and examine the power of love; a historical look at New Zealand’s Cape Campbell Lighthouse that serves as Janus Rock, a key element in Stedman’s novel; and insightful and in-depth audio commentary led by Cianfrance. 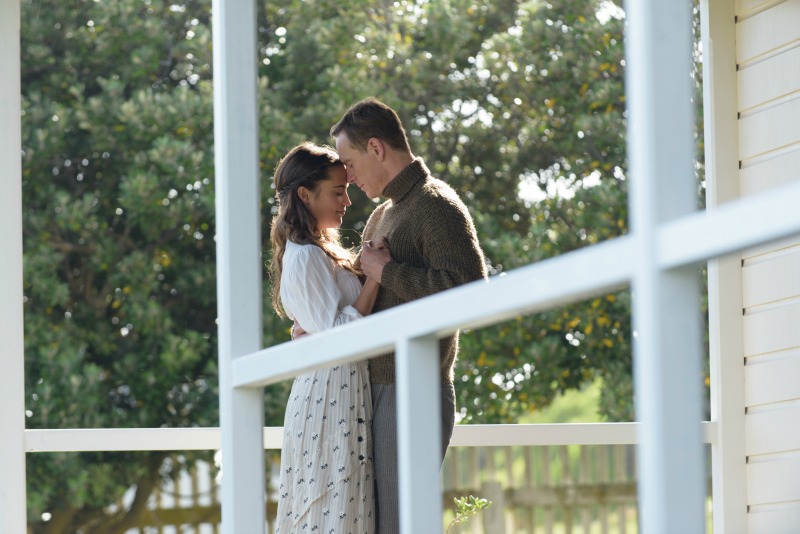 Hope you also get a chance to experience this beautiful story and pick up the DVD or Blu-Ray to watch it with your friends! After all, every night is a great night to get friends together and watch a great movie, right?

Can’t wait to hear what you think. As usual, give us a Trendy Shout!

Happy New Year! My brother is staying & hiking m a

I sat with hot cocoa by three last night, reminisc

This Holiday, I've worked on a bucket list for thi

This year, more than ever, I’m making a goal to

You know this Holiday will be different, no open h

I will never forget this Halloween! Not too much g

Hosted -We had a blast at the @woodloch resort! So