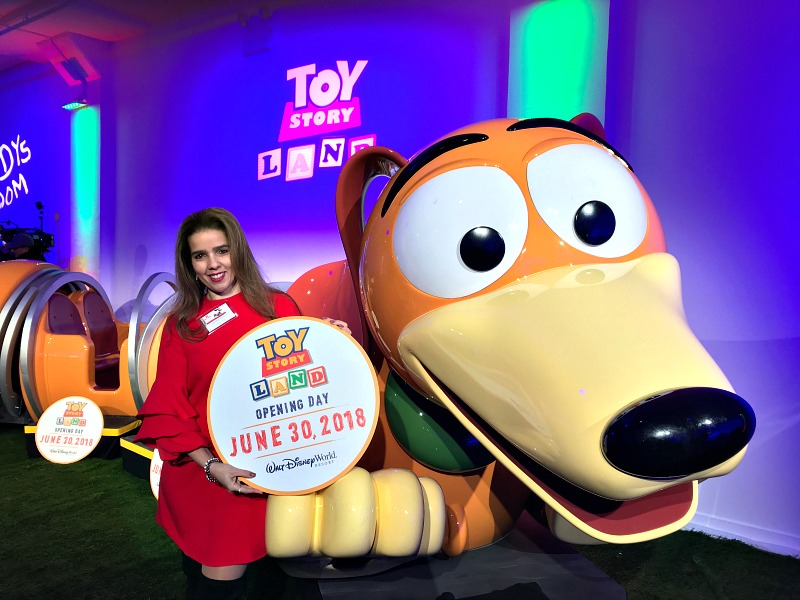 Last week I was invited to an exciting event in NYC, the official announcement of Toy Story Land, one of the Disney World new attractions! 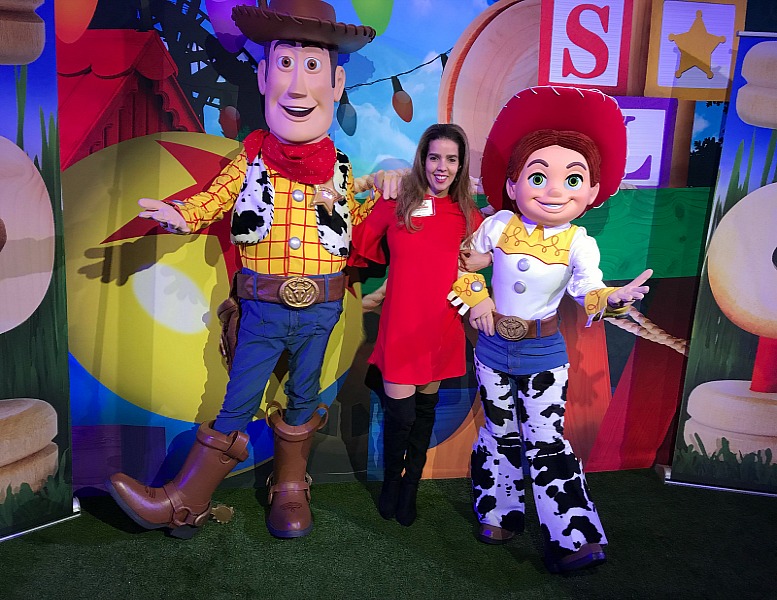 Guests in Toy Story Land, which is located at Disney’s Hollywood Studios, will feel like they have shrunk to the size of a toy as Woody, Jessie, Buzz, Slinky Dog, the Aliens, Green Army Men and other fun-loving Toy Story characters come to life in the larger-than-life outdoor setting of Andy’s backyard. 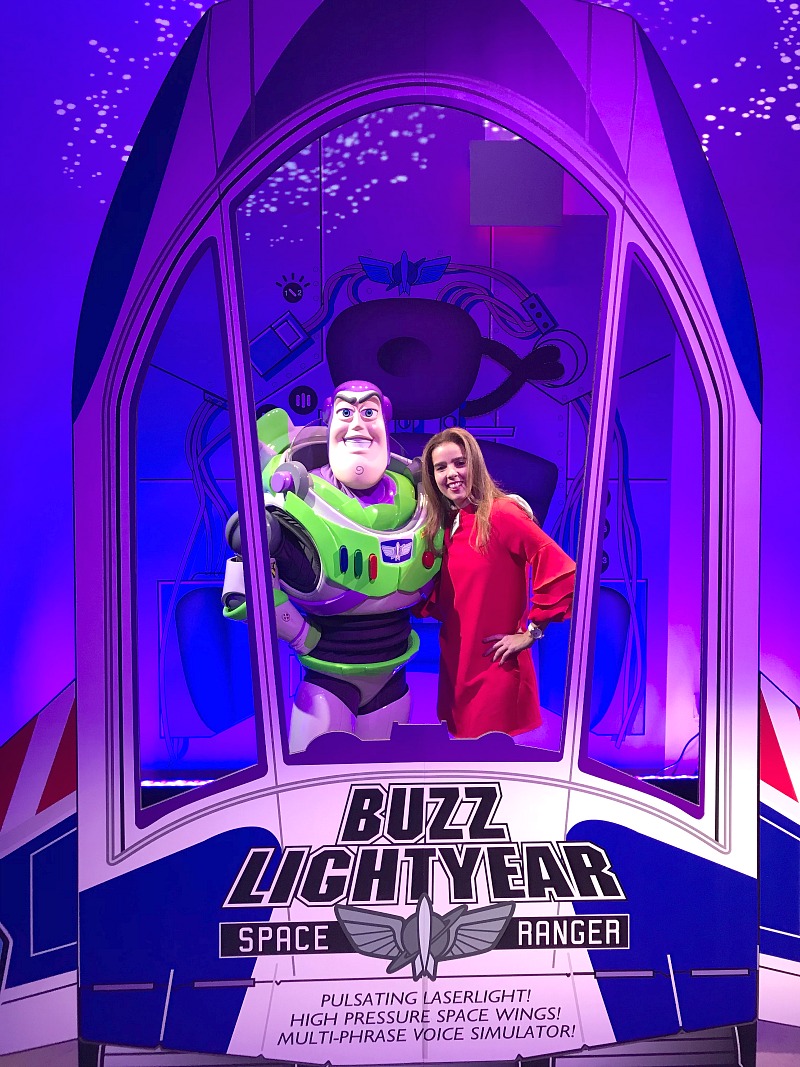 Here are some of my Toy Story Land favorites: 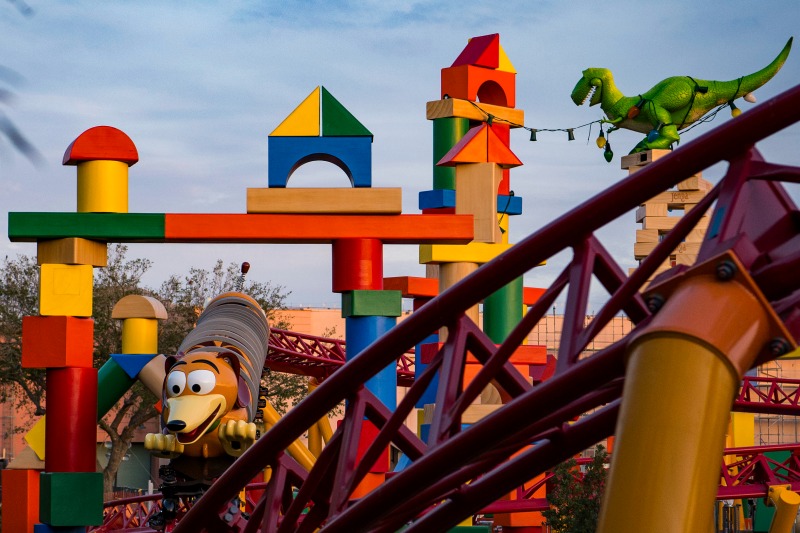 Andy has assembled his roller coaster kit for amazing family fun. Just think bright colors of red, orange, yellow and blue are put together according to Andy’s own plans, with Rex and Jessie lending a hand. To complete his creation, Andy picked up his  floppy-eared dachshund with a stretching slinky coil belly and dropped it on to the coaster track.

Get ready to ride inside Slinky Dog’s coils! Riders of all ages will enjoy as Slinky Dog bends and twists his coils around curves, hills, bridges and drops in the Slinky-est coaster everrrr! They will also will zip around and above Toy Story Land, with panoramic views of all that the new Toy Story Land has to offer! Andy’s colorful creation will stretch Slinky Dog and his coils to the max – from his head to his tail – so much fun for the entire family. I can hardly wait! 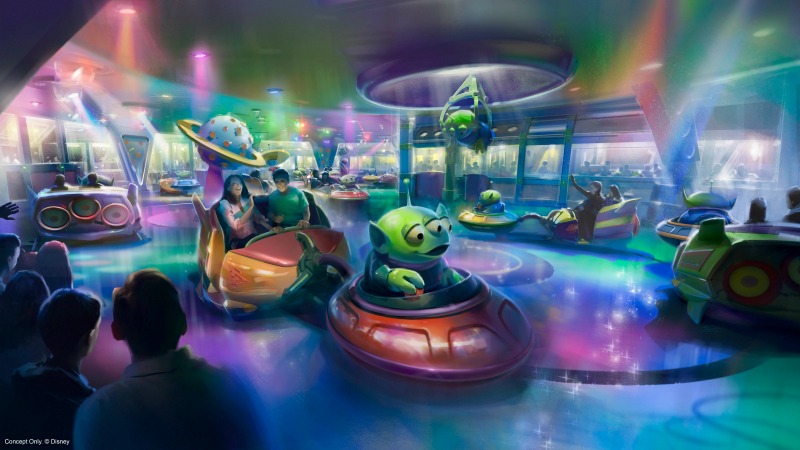 This alien powered flying saucers will definitely be a huge hit! Alien Swirling Saucers will immerse guests in the playful world of Andy’s toys. This galactic space toy is designed as a play set that Andy won at the Pizza Planet restaurant. Little Toy Story green Aliens swirl in their flying saucers with guests in their rocket-ship toys, while “The Claw” hangs overhead.

This space adventure is full of music, re-imagined for intergalactic fun, brightened by multi-color lighting and sound effects from other galaxies.

While Andy’s away, the toys will play, you know that, right?  One of the most beloved attractions at Disney’s Hollywood Studios, Toy Story Mania! Personally, one of my favorites, it gets an all-new colorful toy carnival game box entrance when the new toy story land opens.

In fact, this is the box that the Toy Story Mania! game came in. Recently updated with a third track, this great attraction will put even more guests in the carnival play-set action taking aim at 3D objects – using everything from baseballs to cream pies – in a variety of games. Bragging rights to the highest score allowed!! 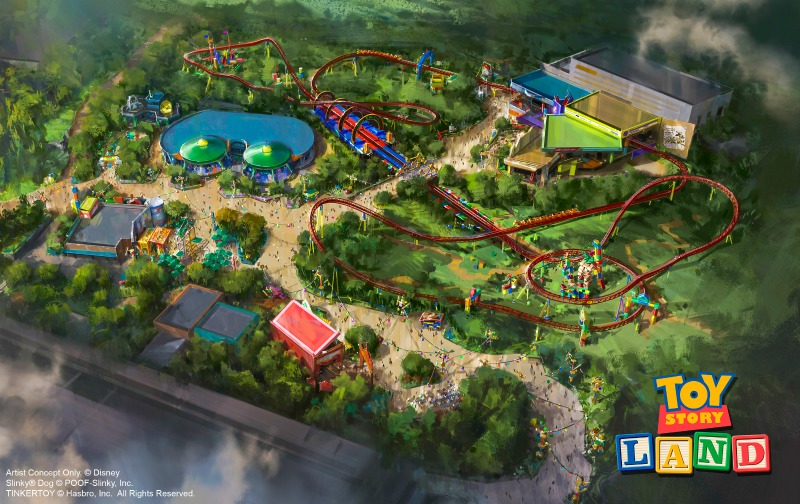 When it’s time for on-the-go refreshments, Woody’s Lunch Box will serve up tasty meals and old-fashioned soda floats from a walk-up window in a setting surrounded by Andy’s favorite toys and a giant vintage thermos.

I recently had a chance to visit the construction site! Soooo exciting! 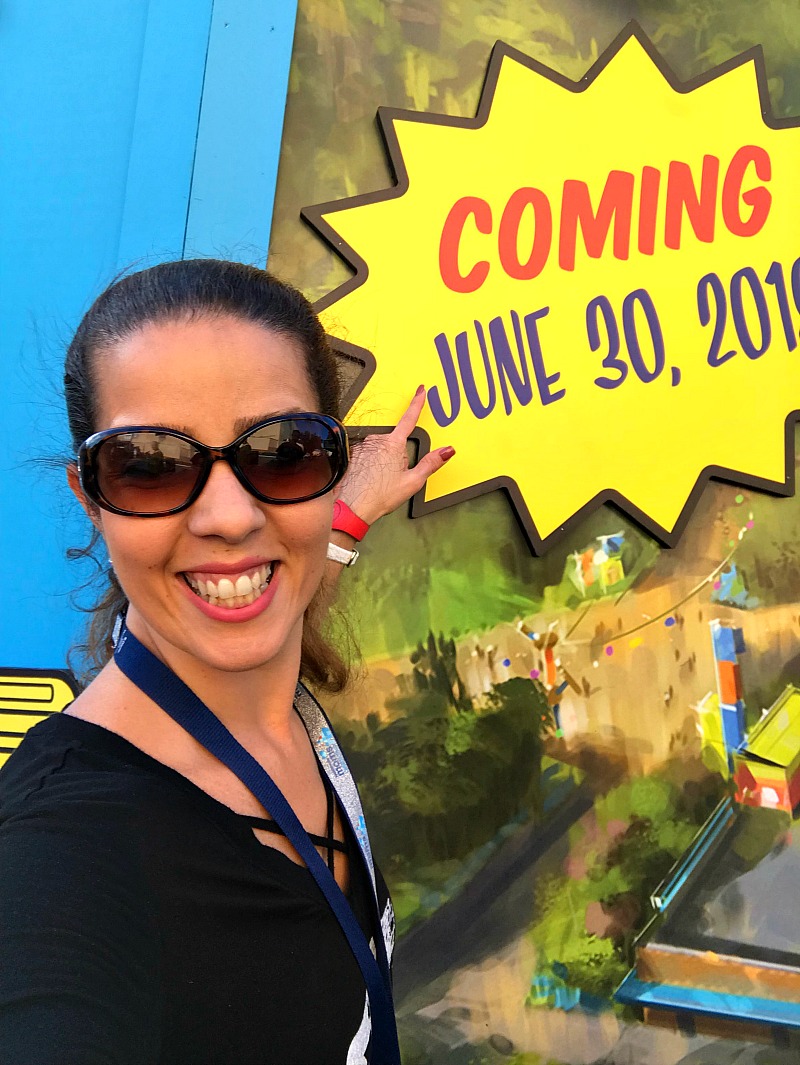 I know that the Disney Toy Story Land will be our newest favorite place!! Counting the days to visit it and check it all out! I know my teen will love Disney’s new attraction!

As usual, can’t wait to hear what you think! Give us a Trendy Shout!

Some of the pictures were provided by Walt Disney Parks.