You are here: Home / Movies / Emoji Takeover: Why You Should Take Your Family To Watch it! 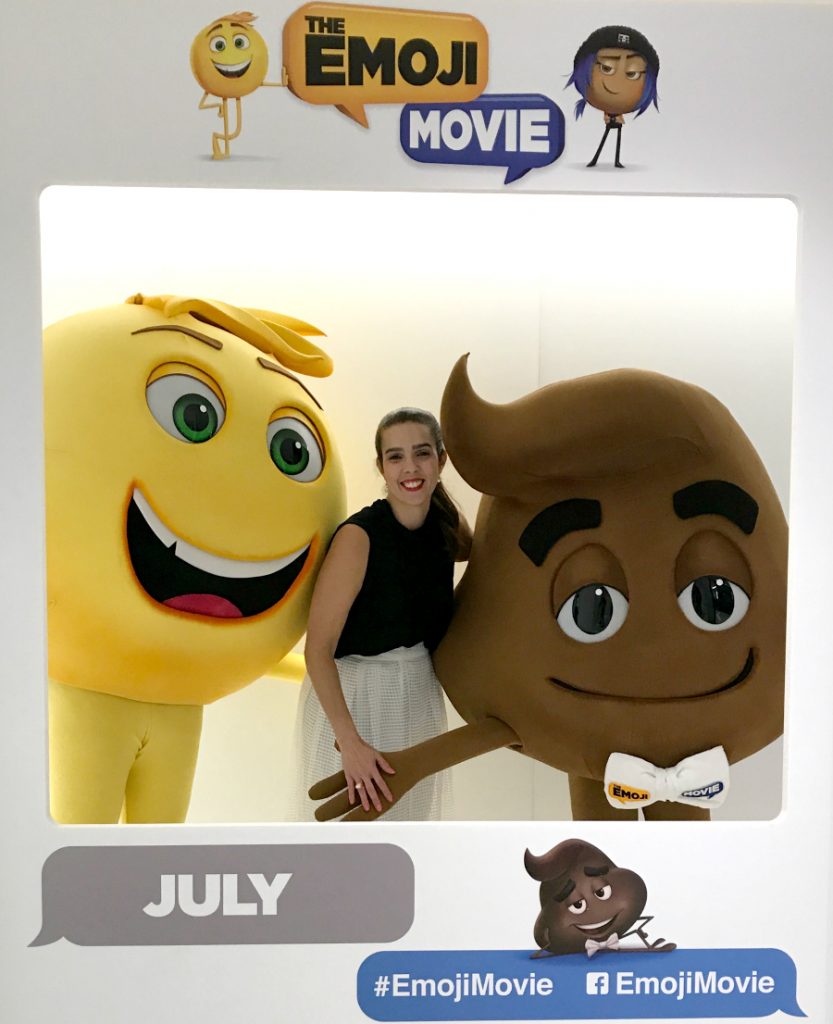 We were extremely excited to have been invited to the Emoji Movie Event and Press Junket and be able to interview some of the cast members and get their perspective on this unique movie! 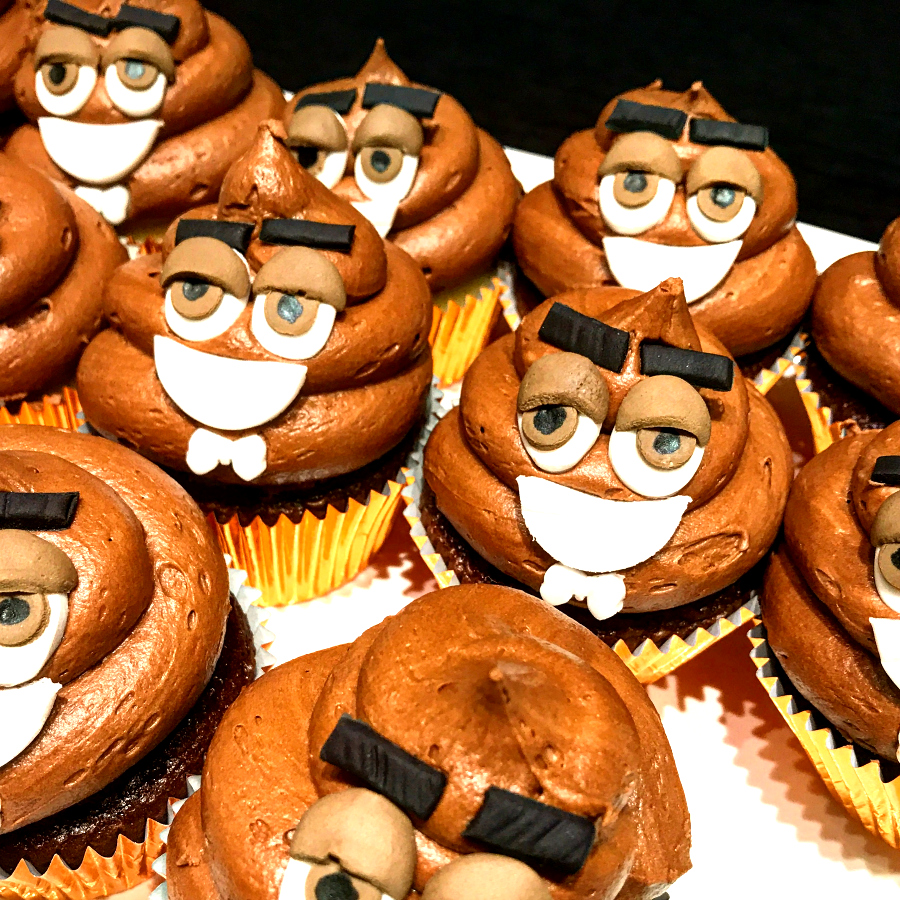 I must confess, when I think about Emojis, I think about kids, disconnected from reality and being engulfed in that internet bubble which prevents them from going out and seeking real friendships … live a real life!

Well, the movie does an outstanding job of touching on that subject and totally shifting the way you normally see the internet & kids subject, bringing the conversation around families, friendships and emotions! But I won’t spoil the surprise, you need to go and watch it!

The Emoji Movie unlocks the never-before-seen secret world inside your smartphone. Hidden within the messaging app is Textopolis, a bustling city where all your favorite emojis live, hoping to be selected by the phone’s user. In this world, each emoji has only one facial expression – except for Gene (T.J. Miller), an exuberant emoji who was born without a filter and is bursting with multiple expressions. Determined to become “normal” like the other emojis, Gene enlists the help of his handy best friend Hi-5 (James Corden) and the notorious code breaker emoji Jailbreak (Anna Faris).

Together, they embark on an epic “app-venture” through the apps on the phone, each its own wild and fun world, to find the Code that will fix Gene. But when a greater danger threatens the phone, the fate of all emojis depends on these three unlikely friends who must save their world before it’s deleted forever.

I thought you would like to see some moments from the press junket event we attended. I had the pleasure to interview and meet the cast in a small group junket and find all about the movie and the story behind it.

Tony Leondis opened the Q&A with The Emoji Movie insights and how the whole idea was developed! 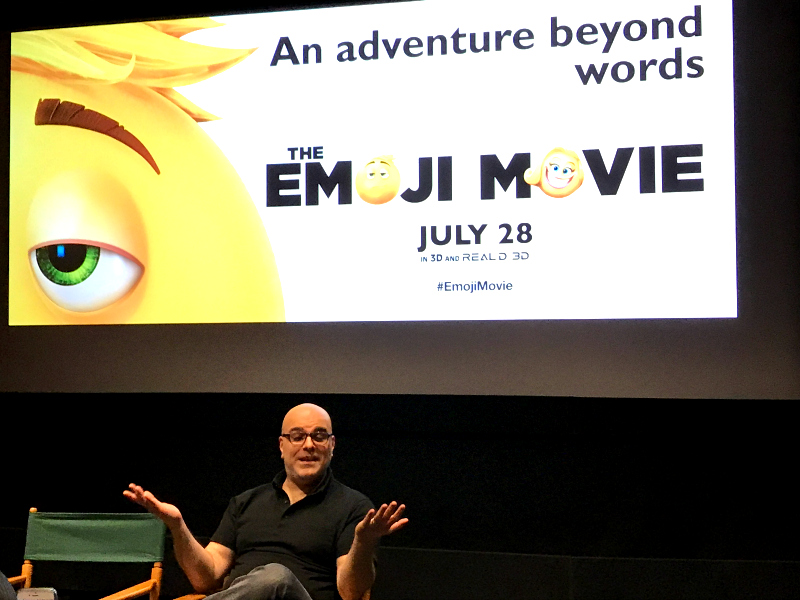 TJ Miller said: ” In this movie we’re saying to girls: Just be who you are, your best YOU is your authentic YOU” ! I love that statement! 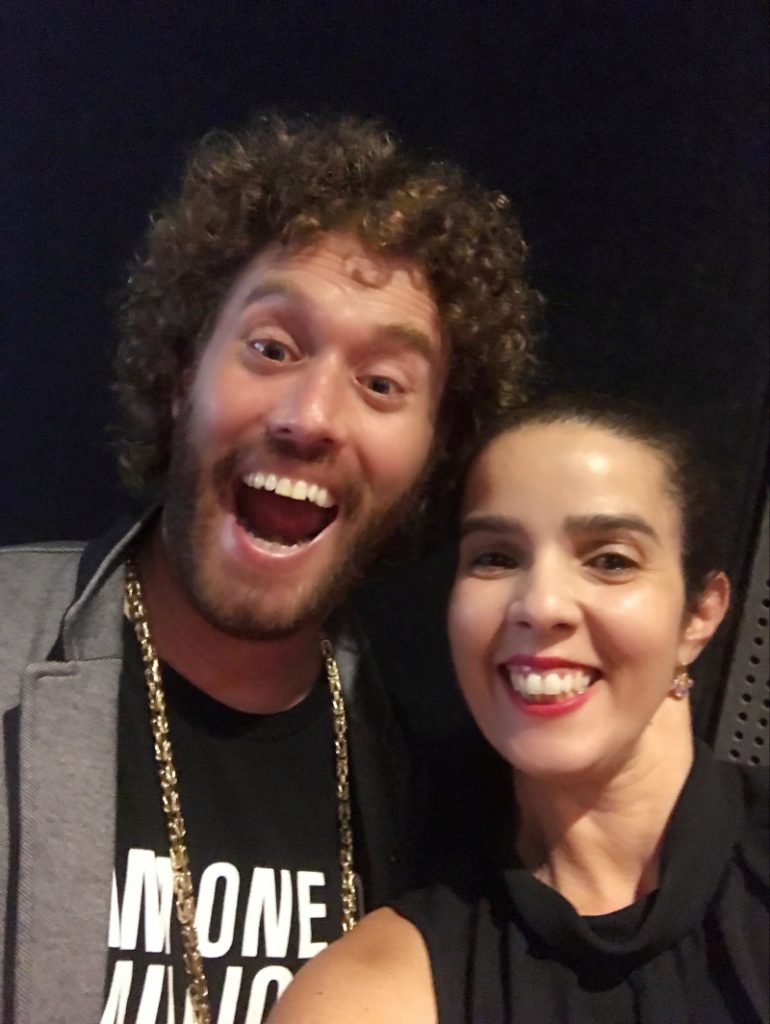 Jake sent my son a special message live which was soooo cool! 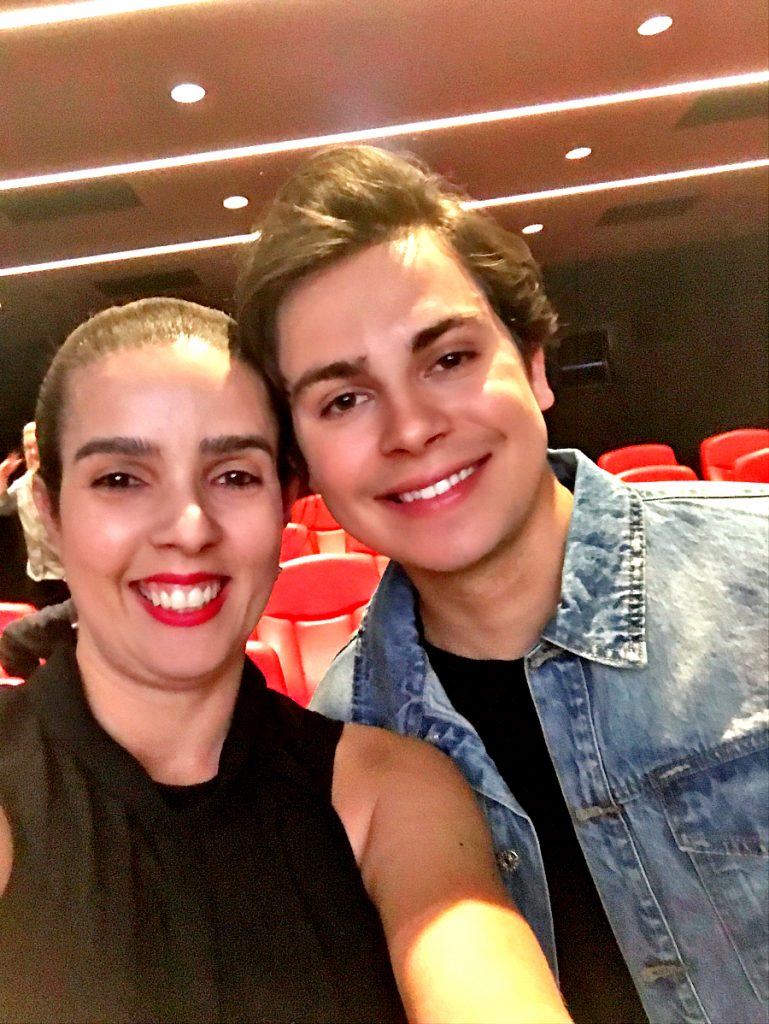 The movie truly sends a positive and empowering message to kids and parents! I urge you to go and check it out! It opens in theaters July 28th, but you can buy tickets here!

Have you watched the screening? Have you heard about the Emoji Movie? As usual, give us a Trendy Shout!