You are here: Home / Movies / Come On Board Hotel Transylvania 3 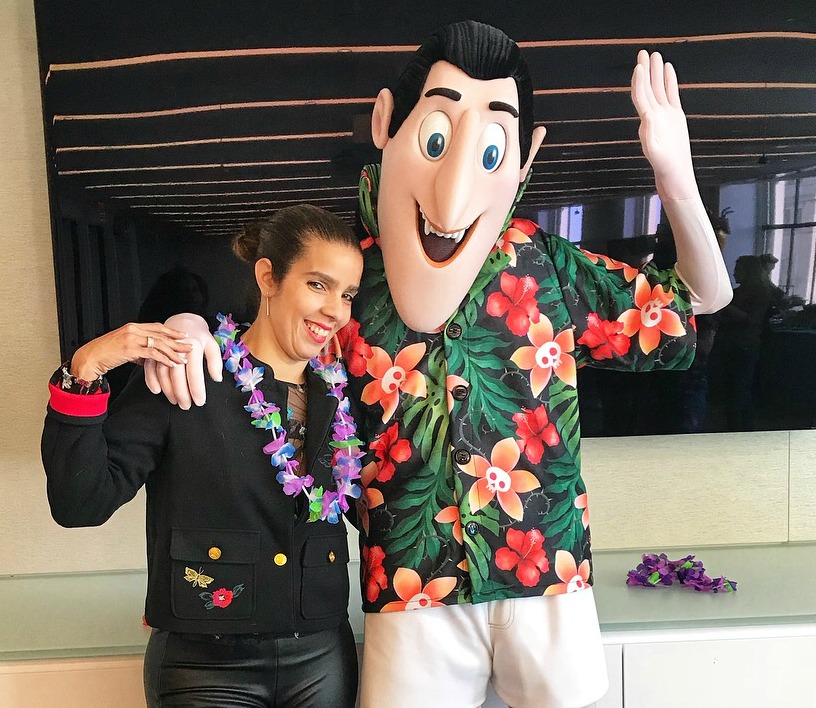 I was very excited to hear that the upcoming Summer Movie: Hotel Transylvania 3 was conceived by director Genndy Tartakovsky after a summer cruise vacation! Nothing better than even more things to relate the world’s favorite monster family! They are back and they are going from the hotel to a sea adventure bringing even more action, surprises and relatable moments to us!

We sat down with movie Producer Michelle Murdocca and Director Genndy Tartakovsky for an exclusive inside scoop and early short screening of the third installment of the very successful animated franchise! 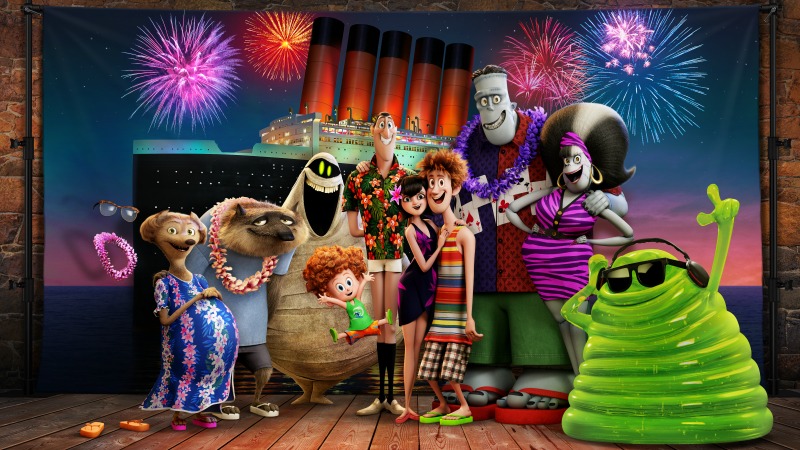 I can assure you, we’re in for a treat! If you are like me, a HUGE fan of first two movies, the third one won’t disappoint!

This time, our beloved monster family embark on a vacation on a luxury monster cruise ship so Drac can take a summer vacation from providing everyone else’s vacation at the hotel. It’s smooth sailing for Drac’s Pack as the monsters indulge in all of the shipboard fun the cruise has to offer, from monster volleyball to exotic excursions, and catching up on their moon tans. But the dream vacation turns into a nightmare when Mavis realizes Drac has fallen for the mysterious captain of the ship, Ericka, who hides a dangerous secret that could destroy all of monsterkind.

Hotel Transylvania 3 brings back the beloved cast with some awesome new additions:

I love that they are returning with the entire cast along with some new choices: Joe Jonas and Chrissy Teigen joined the cast! 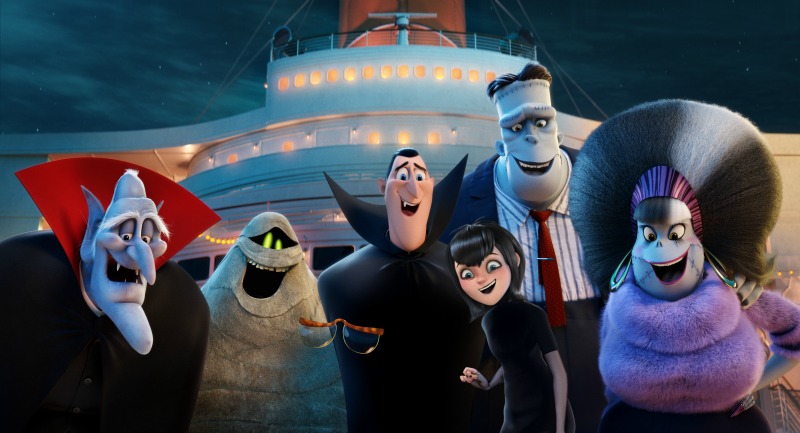 Adam Sandler is back as the Count Dracula, Gomez  as a grown up Mavis. Andy Samberg voices human Johnny Stein and Key plays Murray the Mummy. Also returning are Steve Buscemi and Molly Shannon as Wayne and Wanda Werewolf; Kevin James and Fran Drescher, who are some of my absolute favorites, as Frank and his wife Eunice; and David Spade as Griffin the Invisible Man. New to the family are Chrissy Teigen as Crystal, Griffin’s invisible girlfriend, Joe Jonas as the singing Kraken, Jim Gaffigan as Abraham Van Helsing, and Hahn as Ericka Van Helsing. 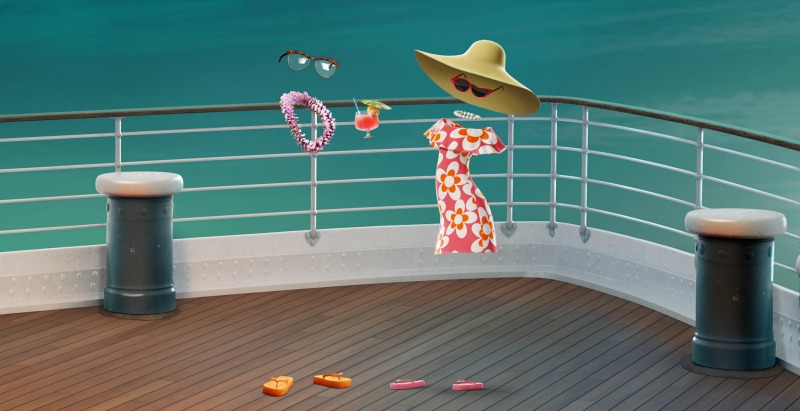 The presentation included clips from Hotel Transylvania 3: Summer Vacation,  giving us the first look at the monster family’s new adventure. As Dracula starts the movie in a lonely mood (he uses a monster dating app called Zingr); Mavis decides that they need to go on a vacation to spend more time as a family! As they embark to enjoy their cruise, they are being hunted by Ericka Van Helsing. Her family, as shown in additional fun clips, has had a history of hunting Dracula and the monsters!

I need to tell you, this dog lover, that Puppy is REALLY one of the cutest things ever…. 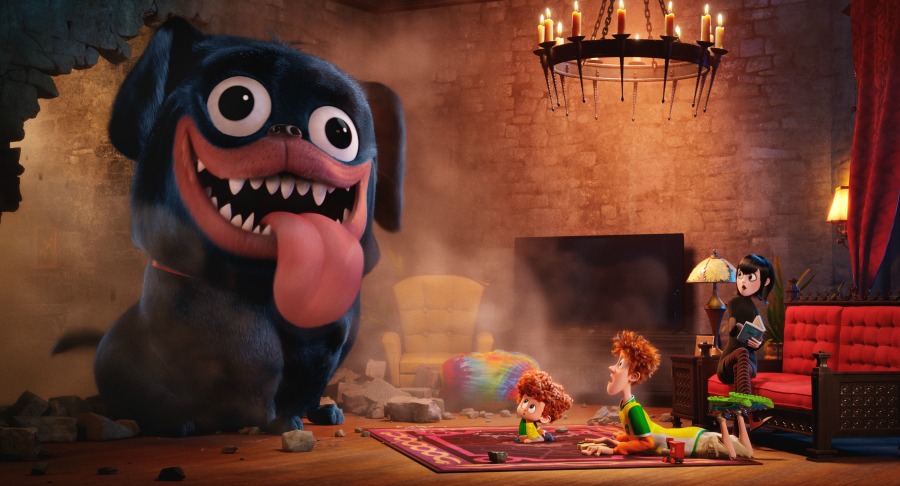 We sat down with Producer Michelle Murdocca to hear all about how the movie was conceived and hard choices: 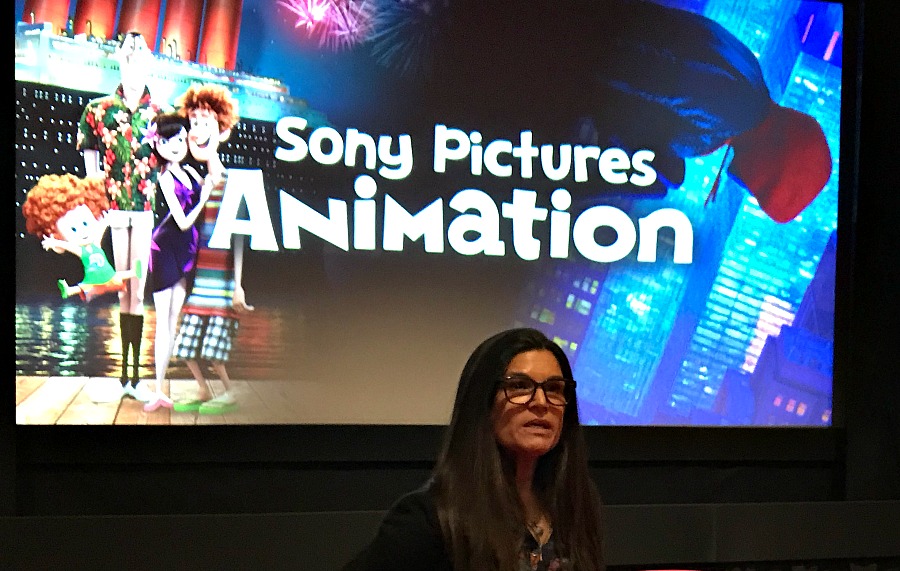 “We had so many incredible ideas, but we had to keep the movie at 190 mins, so we had to make some hard decisions and cut some characters like the “Cuco””. Leaving the Chupa Cabra and La Llorona as Hispanic additions in attempt to include their latin based fans in a movie that is all about family moments. “We hope the audience will connect and relate to the real life moments we shared in the movie.”

I personally loved, as a Latina Blogger, that they brought our culture and folk characters to the movie!

Genndy Tartakovsky told us that after the second movie, he thought it would be the last, but after being on a cruise with his in laws, he decided it was time to bring the monster family to the ultimate summer vacation!

You can watch the trailer here:

We also enjoyed a reception with a delicious Cruise Inspired Menu 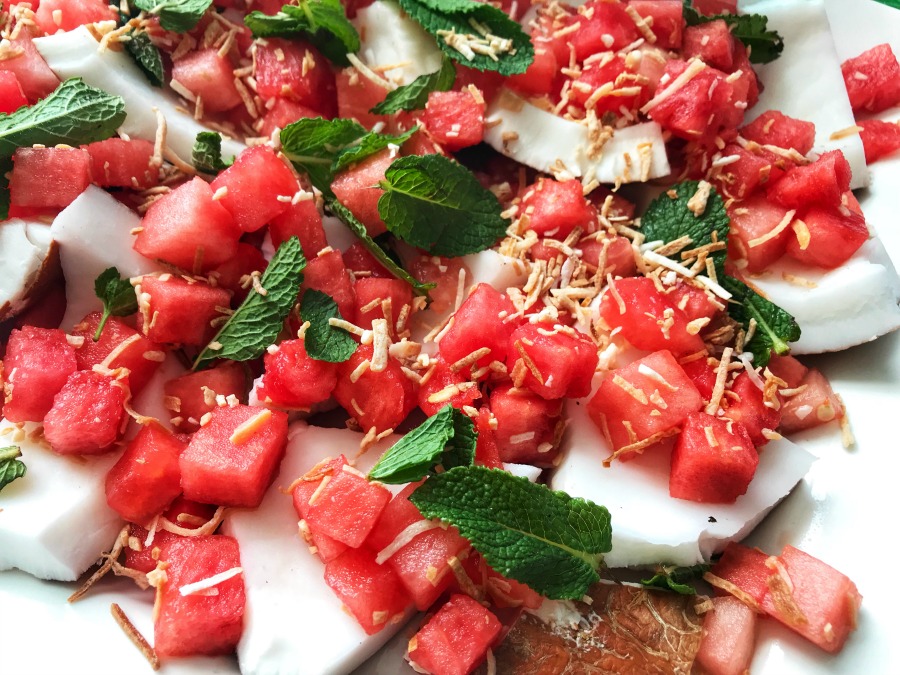 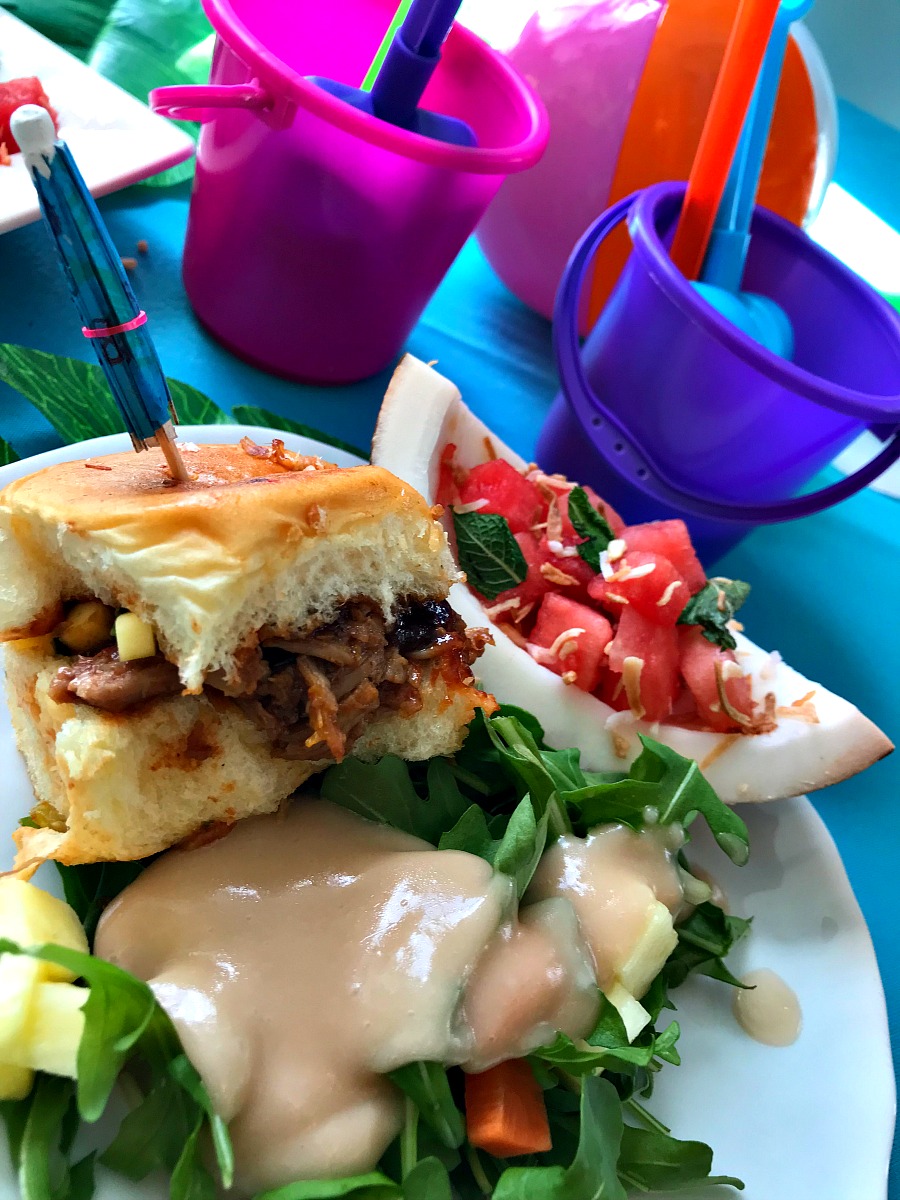 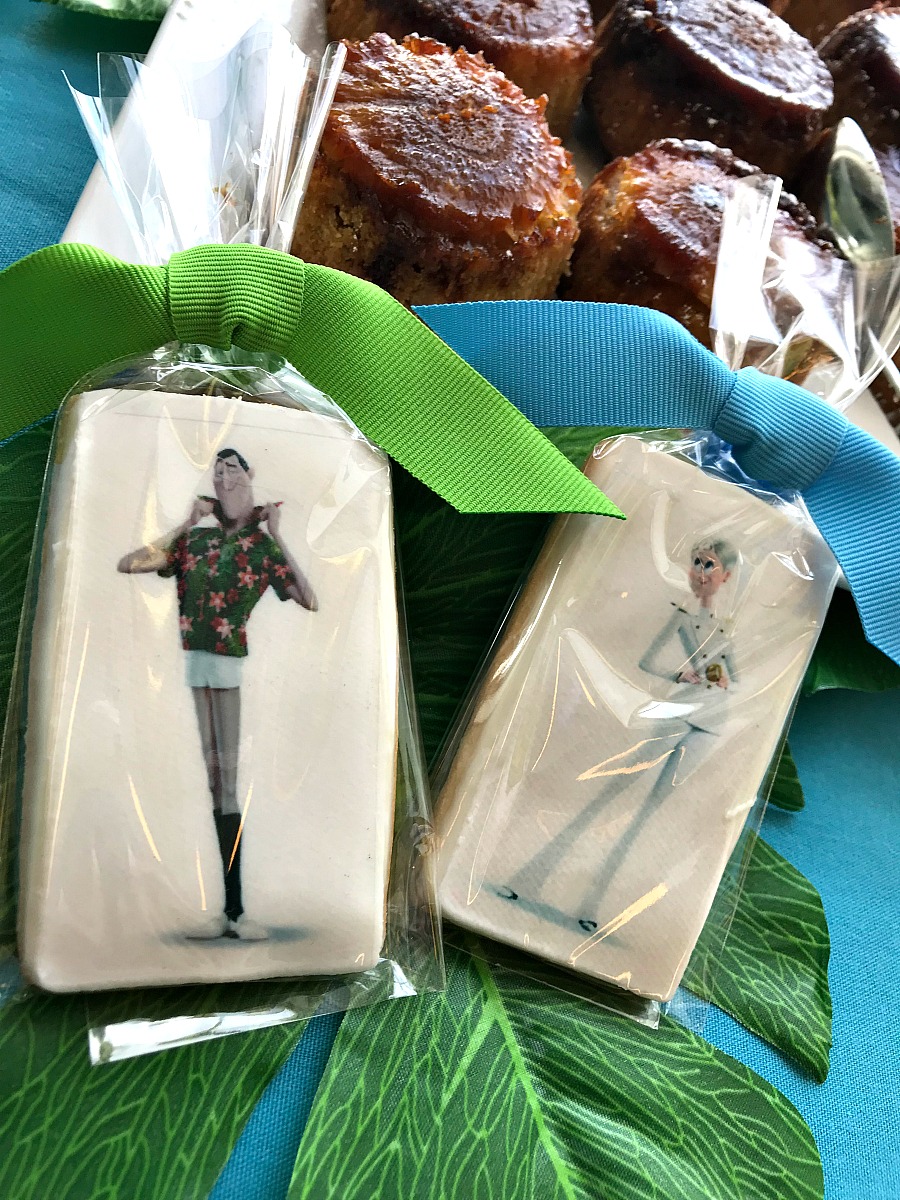 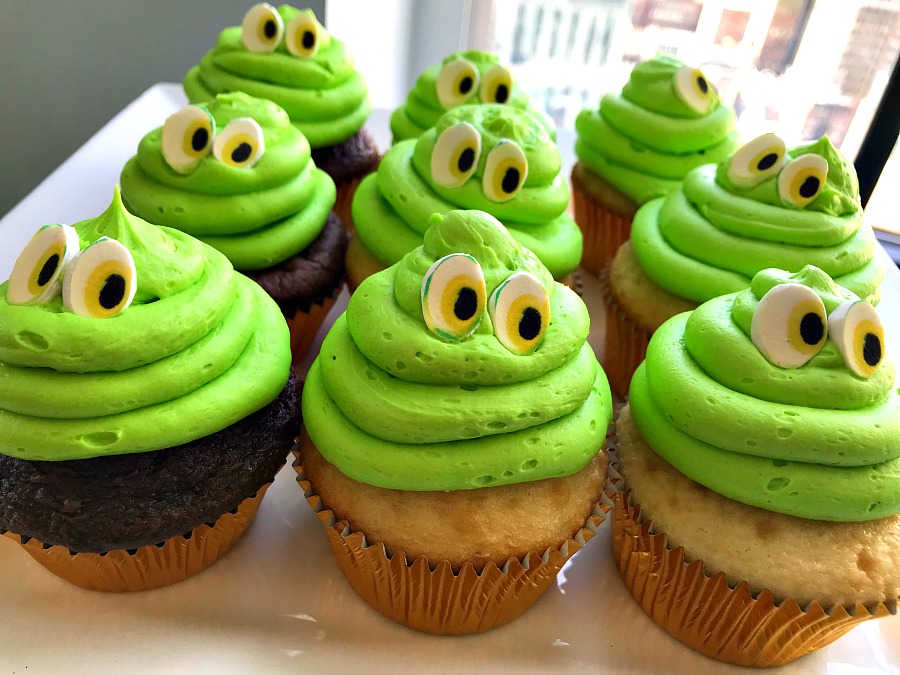 I had a chance to snap a pic with some of my favorites: 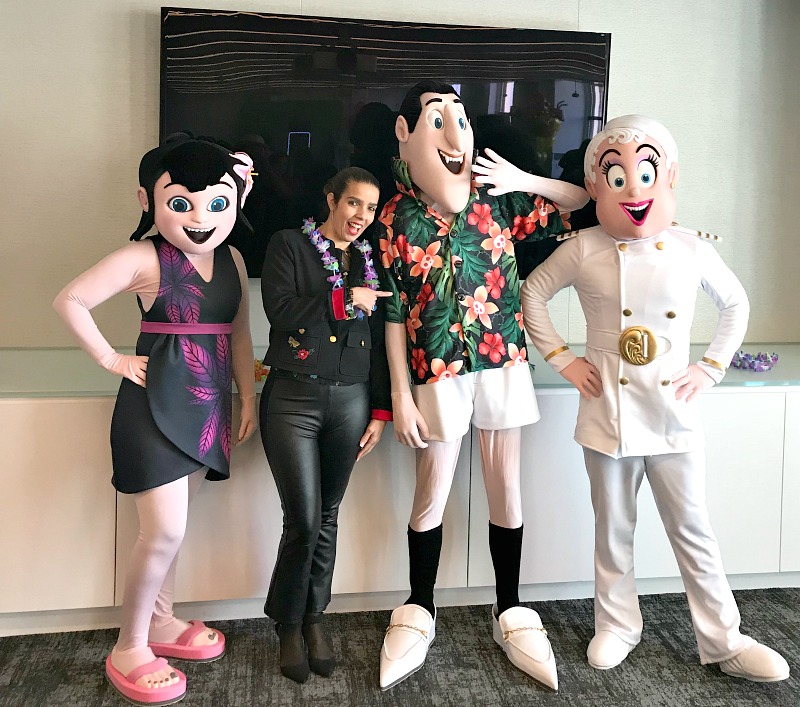 A selfie with Dracula

I hope you enjoyed the insider secrets about Hotel Transylvania 3 as much as I did and stay tuned for more adventures I will be sharing before the movie comes up!

Hotel Transylvania 3 opens in Theaters July 13th! Hope you follow my adventures as I continue to share more in the upcoming months! 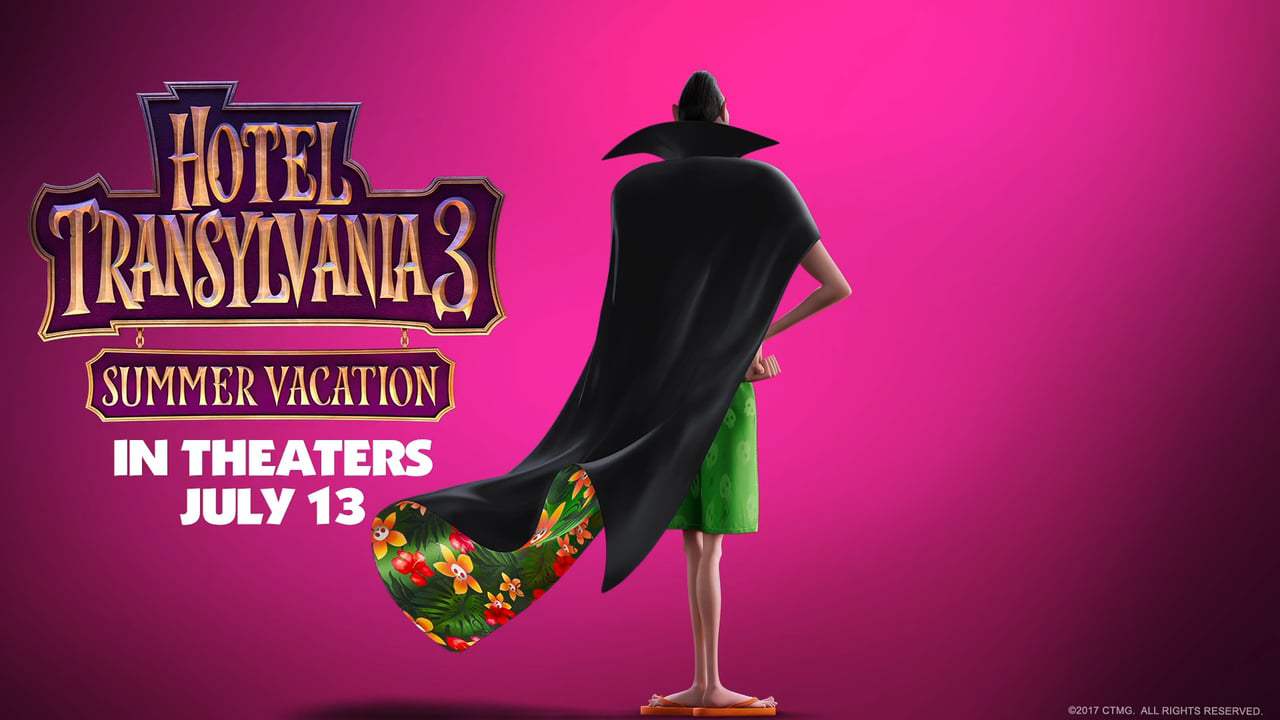