You are here: Home / Beauty / Is Comcast’s Internet Essentials For You? 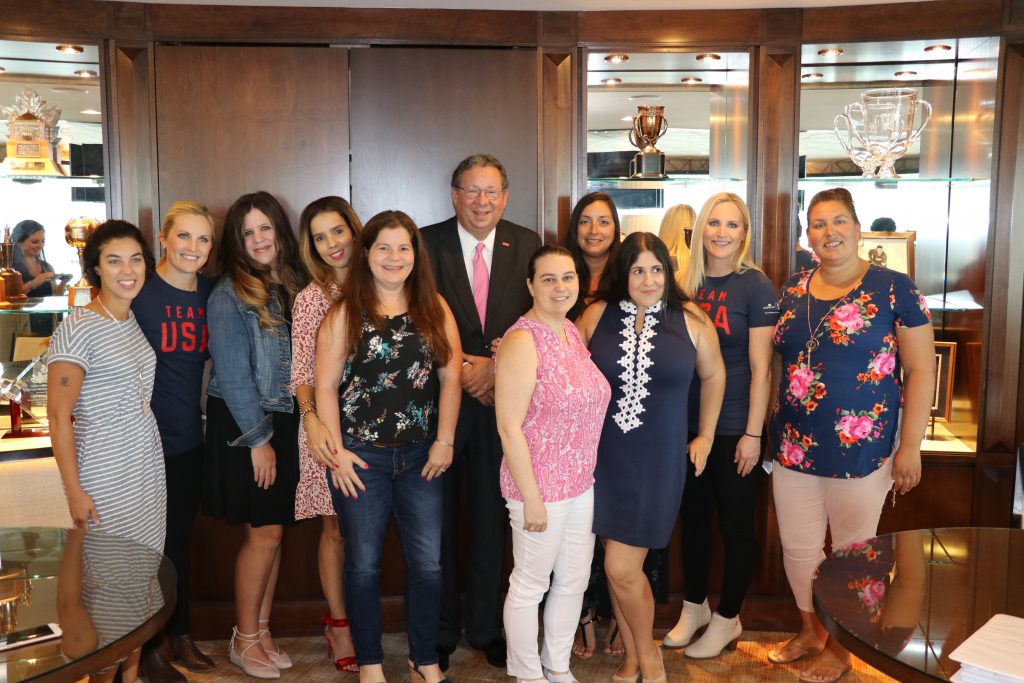 This past week I had the pleasure of being invited by Comcast to learn all about their Internet Essentials Program!

The Program, which has the mission to bring the Internet to those who need it, but can’t afford it, really touched my heart!

Here is a little history about Comcast’s Internet Essentials:

Comcast has now connected more than six million low-income Americans to the Internet through its Internet Essentials program, which is the largest and most comprehensive broadband adoption program for low-income families in the U.S.

The company connected more than two million people in the last year alone, which is the largest annual increase in the program’s history! Isn’t that amazing?

Since 2011, Comcast has invested more than half a billion dollars to support digital literacy training and awareness, reaching more than 8.5 million low-income Americans.  In addition, the company has sold more than 85,000 heavily subsidized computers.

Comcast attributes some of the recent growth of Internet Essentials to customer referrals, word of mouth, expansions in eligibility and its easy-to-use mobile application, which now accounts for more than a third of all enrollments.  In addition, the company released a new seven-year progress report. The report contains information about program’s evolution and key milestones.

The company has also redesigned its Internet Essentials Learning Center with new content from Common Sense Media and ConnectSafely.org.  The site now includes a variety of free videos, tools and resources that can help individuals learn vital Internet safety and digital skills. 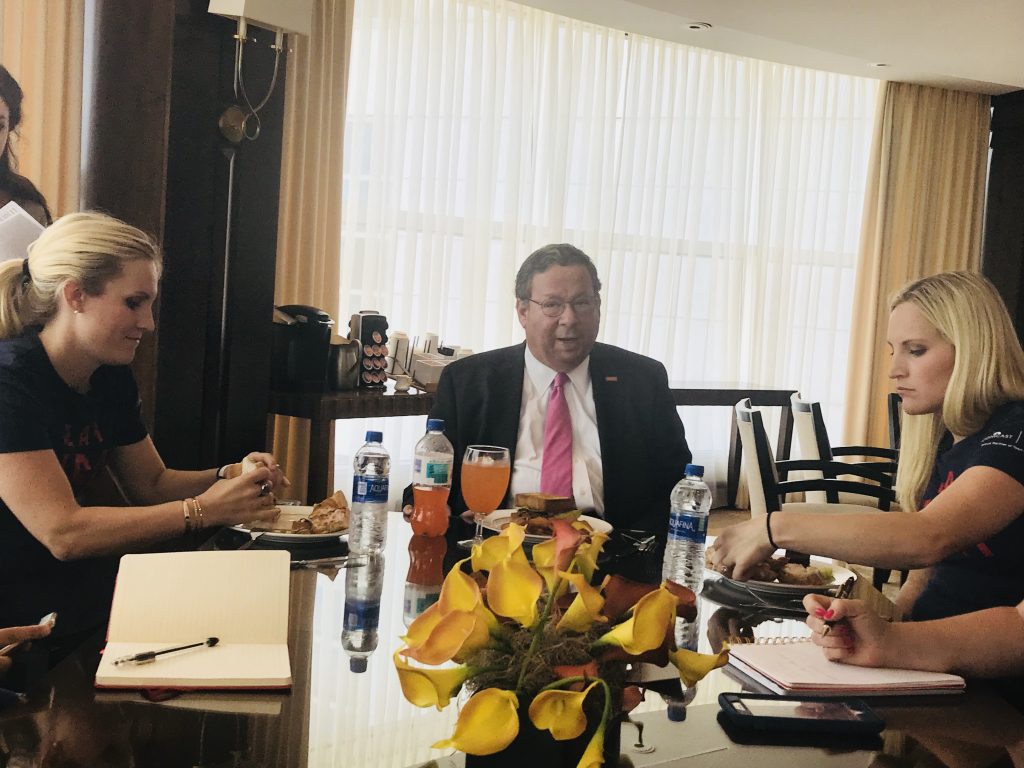 Here are a few things he announced:

Comcast will significantly expand eligibility – for the eleventh time in seven years – to low-income veterans, nearly one million of whom live within the Comcast footprint.  According to the United States Census Bureau’s 2016 American Community Survey, less than 70 percent of low-income veterans have Internet access, and about 60 percent own a computer.

“This program has had an enormous impact on millions of families and children who now have high-speed Internet at home, many for the first time in their lives,” said Cohen.  “We’re excited to extend that same opportunity to more than one million, low-income veterans.  Veterans have stood up for our country; now it’s time for us to stand up for them by providing access to life-changing digital tools and resources.”

We also had the pleasure to meet with U.S. Olympic Gold Medalists Jocelyne Lamoureux-Davidson and Monique Lamoureux-Morando:

They were recently named as ambassadors and spokespeople for the company’s corporate values initiatives, and will join Cohen on a multi-city tour to visit local communities and raise awareness about the Internet Essentials program. 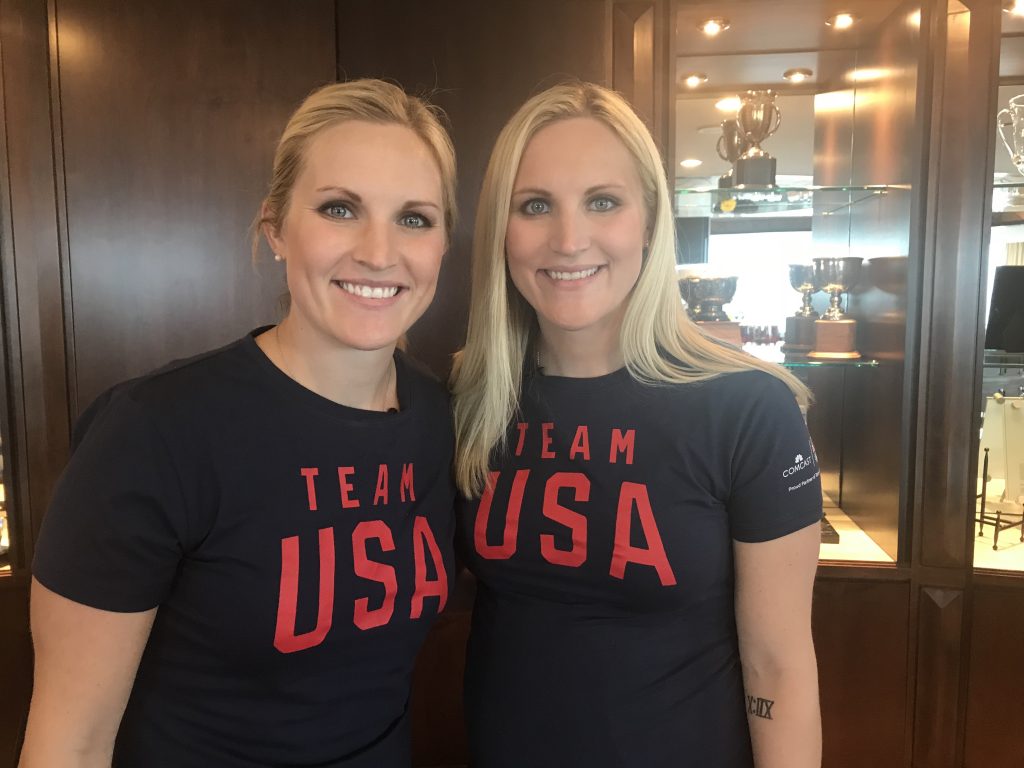 “We’re thrilled to be partnering with Comcast to help close the digital divide for families, students, those receiving HUD housing assistance and veterans,” said Monique Lamoureux-Morando.  “People without an Internet connection at home are missing out.  Students need the Internet to do their homework.  Parents and veterans need the Internet to more easily search and apply for jobs and access healthcare information.”

“We know how important a home Internet connection is,” added Jocelyne Lamoureux-Davidson.  “In our lives, we’ve also learned first-hand how important it is to stand up for what you believe in.  We want to encourage others to use the Internet to stand up for what they believe in and to make the world a better, fairer place, not just for themselves but for the next generation too.  You can’t change the world if you’re not online.”

Internet Essentials from Comcast is the nation’s largest and most comprehensive high-speed Internet adoption program for low-income Americans.  It provides low-cost, high-speed Internet service for $9.95 a month plus tax; the option to purchase an Internet-ready computer for under $150; and multiple options to access free digital literacy training in print, online, and in person.  For more information, or to apply for the program, go to www.internetessentials.com or call 1-855-846-8376.  Spanish-only speakers may call 1-855-765-6995.

Can’t wait to hear what you think, as usual, give us a Trendy Shout!