You are here: Home / Movies / The Zookeeper’s Wife 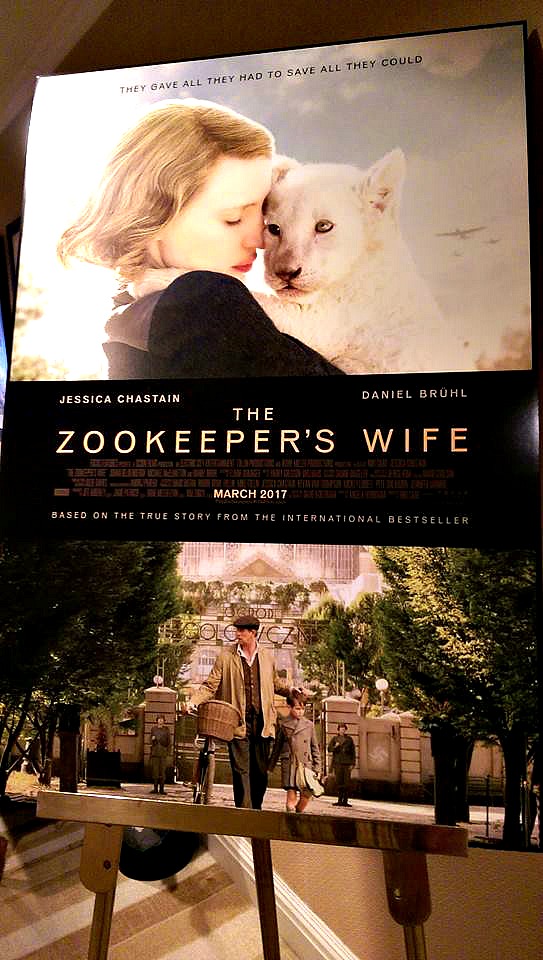 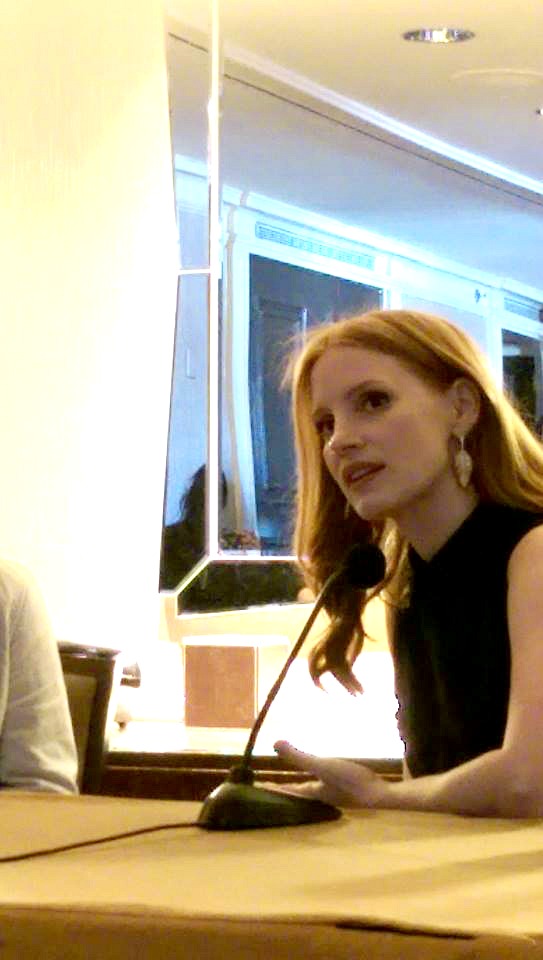 Note: We were very fortunate to partner with Denise Seegobin, who attended the event on our behalf! Here are her thoughts on the movie :

I was invited to attend the screening of The Zookeeper’s Wife on March 17th. The film will open in theaters later this month. I was extremely excited to attend this press junket and meet the director and star of the film. It was also very cool to see Sandy Kenyon from ABC News, in the audience!

The film opens up in spectacular fashion, Antonina Zabinski, played eloquently by Jessica Chastain opens up the door to her bedroom and we see the view of elephants below. The movie continues and we see her riding through what we would come to learn is the Zabinski zoo.

From the beginning of the movie I was in a turmoil of emotions, it touched me deeply and brought me back to the idea of what choices I would make in my own life. I knew that this movie would be a success, as the story connected with me on a deeper level.

A little background on the movie without giving much away – the time is 1939 and the place is Warsaw Poland. The story is based on the unpublished diary of Antonio Zabinski. It recounts the true story of how she and her husband, Jan Zabinski (Johan Heldenbergh), director of the Warsaw Zoo, saved the lives of 300 Jews who had been imprisoned in the Warsaw Ghetto following the German invasion of Poland.

In the 1930’s Jan Zabinski was the director of the thriving zoo; his wife Antonina had a remarkable sympathy for animals and their villa in the zoo was inhabited by numerous animals as well as their own son. In one extremely touching scene Antonina and her family and friends are gathered in the house, talking about the war, when she is asked to play the piano, since music calms the nerves. One of workers comes in and tells her that one of the elephants (Kashia) is in distress; she rushes out straight to her. The elephant has given birth and the calf is not moving. Antonina down on her knees understands that the calf is choking. She immediately goes into action removing the afterbirth and saving the life of the calf. I love animals and I could see the pain and fear in her eyes as she worked on saving the calf. It is who Antonina is; she loves her family and animals so much.

This idyllic scene comes to an end when the Germans invade Poland. The zoo’s animals and structures were destroyed in the bombings and siege of the city. The zoo was closed under German occupation, but Antonina and Jan continue to occupy their home and zoo. Jan has asked Antonina to leave with their son and she refuses. They are forced to report to chief zoologist Lutz Heck (Daniel Bruhl). He offers to take some of the more selective animals to Germany for a new breeding program there.

Antonina and Jan become active with the Polish underground resistance. They soon realize that their zoo’s animal cages and underground tunnels that have been abandoned can now safeguard human life.

I won’t giveaway anymore of the story but when you see this movie you will understand why it touched me so deeply and stirred emotions that I didn’t know I had inside of me!

After the screening of the movie, it was time for the Q&A session, which I was excited to participate in. This film was written and directed by women, which is another extraordinary accomplishment.

Director Nicki Caro has worked her magic to draw us into this story and into the life of Antonina, whom she described as a heroine. 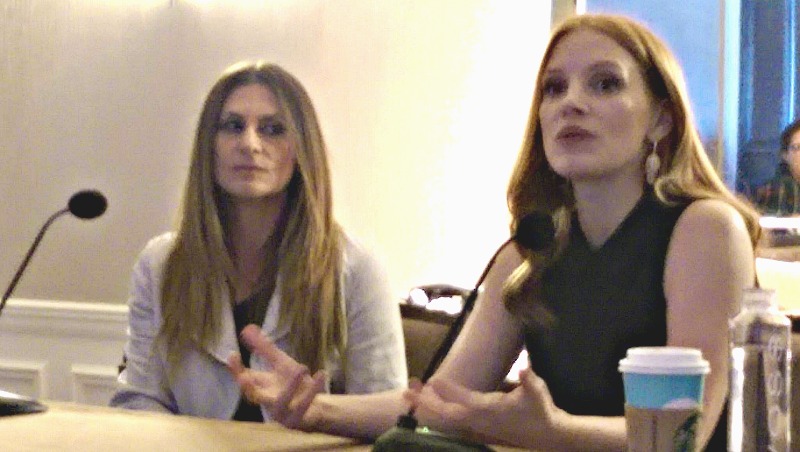 Our roundtable discussion started with questions for Jessica about what she did to prepare for this role. Jessica stated that she did a lot of research regarding animals and visited the zoo. Nicki stated that Jessica was on the top of the list to play this role and that when they met it was an instant connection.

Nicki talks about how she wanted the work to be authentic in order to pay honor to those that died but to also celebrate those who didn’t. I found this extremely profound.

Jessica talked about her character and explained that she has compassion not only for her animals but for her human refugees that she helps, and it reiterates how animals have a healing power than can translate into other areas.

This is a beautiful love story that is mixed with horror and tragedy, but demonstrates that if you stay steadfast to your beliefs it will get you through.

I can’t wait to hear what you think about the movie and I hope you enjoy it as much as I did. 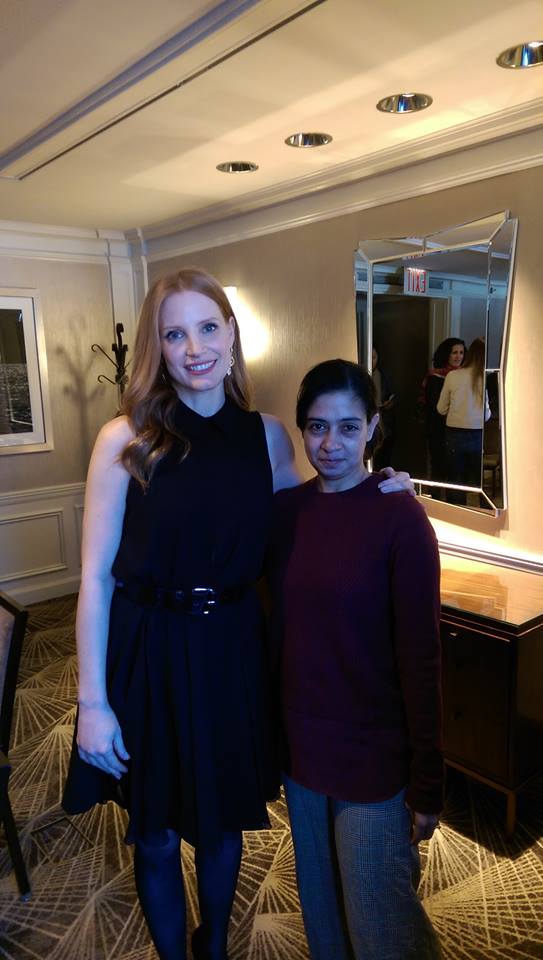 We can’t wait to hear what you think! As usual, give us a Trendy Shout!